The town of Bunagana, eastern DRC, was reportedly seized by the M23 rebels.

Bunagana is a hub of cross-border trade in the eastern part of the Democratic Republic of Congo as well as one of the main crossing into neighbouring Uganda.

The news comes one day after the office of North Kivu’s military governor announced the Congolese troops had successfully routed the M23 fighters.

The spokesman for the province's military government said to Reuters Monday "he did not have any information" on the M23 takeover.

In a flash update on the humanitarian situation in Rutshuru territory Sunday, the UN Office for the Coordination of Humanitarian Affairs cited clashes in different cities on the outskirts of Bunagana. The UN estimates that over 25,000 people have been forced out of their homes.

Over the weekend, Congolese authorities renewed accusations that Rwanda was backing the latest offensive by the rebels. Rwanda has firmly denied providing any support.

Bunagana was a main base for the M23 rebels during the 2012 insurrection. Then in 2013 the group agreed to demobilise. 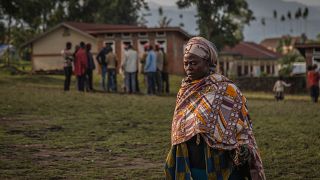