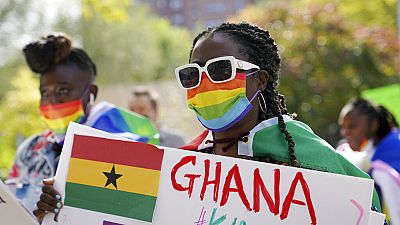 A giant billboard mounted in Ghana’s capital, Accra, to mark pride month, has been pulled down.

The billboard which was mounted on the highway during the first weekend of June raised a lot of debate within the Ghana media space with many proposing that it be pulled down.

Some MPs gave the head of police a 24-hour ultimatum to remove it but still not clear who removed the billboard.

June is a month set aside to celebrate Lesbian, Gay, Bisexual, Transgender and Queer people across the world, but the celebration is not visible in most African countries.

In Ghana, for instance, Gay sex is punishable, with a prison term of three years.

They finally found one of our billboards. Happy #Pride2022 #KillTheBill#QueerGhanaianLivesMatter#GhanaSupportsEquality https://t.co/WtIIFaeLcV

Ghana Member of Parliament, Sam George confirmed in a tweet on Thursday evening that the billboard had been removed.

“We salute the authorities for their swift response. We are a country of laws and would fight till the end to protect our cultural sovereignty,” he said.

“We can get results from the authorities if we unite and collectively demand the changes we desire. True power belongs to the people. The billboard has fallen ‘frat’. Power to our cultural sovereignty,” he added.

Ghana’s parliament has been debating a bill that proposes to impose harsh penalties on the LGBT community.

According to local media reports, this is the first time such a billboard is being mounted in the country. Rights groups say the bill is the “worst homophobic document ever” 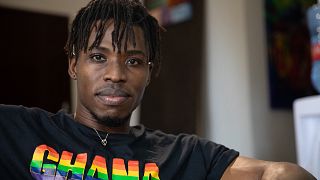 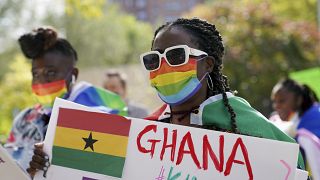 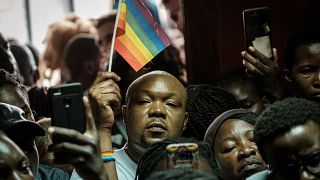