Cameroon's government said Tuesday that a group of soldiers killed nine villagers, including an 18-month-old girl. The authorities called the incident a "manifestly disproportionate" and "hasty" response to a confrontation in the restive English speaking part of the country.

On June 1st, four soldiers were searching for a missing comrade in the village of Missong, Northwest Cameroon, when they came across a group of angry villagers the Defence Ministry described as "angry" in a statement.

Since 2017, a conflict is tearing apart Cameroon’s North-West and South-West regions. The military and secessionist militants have both been accused of atrocities.

Civilians caught in the grip of war are the first victims of the conflict. According to the International Crisis Group the fighting has killed more than 6,000 people. 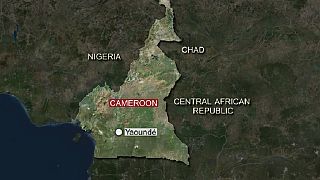