The Economic Community of West African States (ECOWAS) says it regrets the decision of Malis head of state Colonel Assimi Goïta, to extending the duration of the transition by 24 months from March 26, 2022.

The regional bloc in a statement on Tuesday expressed dissapointment that that the decision was taken at a time when negotiations are still taking place to reach a consensus.

ECOWAS however said its mediator will continue discussions with the Malian authorities, with a view to reaching a mutually acceptable timetable for the transition

Mali's ruling junta, which first came to power in an August 2020 coup, issued a decree on Monday fixing the 24-month timetable, to be counted from March 2022.

The 15-member bloc has been pushing for a shorter extension of at most 16 months. In January, ECOWAS imposed sanctions after Malis junta said it would not organise democratic elections the following month as initially planned.

Heads of state from ECOWAS member countries are expected to hold another summit on Mali before July 3. 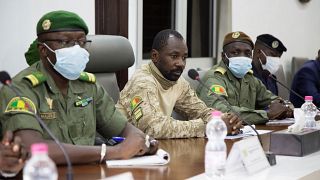