Under the UK Ivory Act 2018, the import, export and dealing of items containing elephant ivory in the kingdom are nearly all banned from Monday, regardless of their age. And all offenders, will face fines of up to $315,000 ( £250,000).

In a bid to protect elephants, the United Kingdom is implementing a near-total ban on elephant ivory sales from Monday.

Under the new UK Ivory Act, the import, export and dealing of items containing elephant ivory in the kingdom are nearly all banned, regardless of their age.

A move welcomed by the Environmental Investigation Agency (EIA): "One of the biggest threats to elephants is the trade in ivory, the illegal trade in ivory, Mary Rice, the executive director of the EIA explains. And by having no legal markets, you were closing doors for people to launder illegal ivory through those market places. So you are giving them a bit of a reprieve."

The African elephant population is bigger than its Asian counterpart but both are on the IUCN Red List of Threatened Species. If the new UK ban will ensure vital protection for the species, conservation groups point at blind spots of the law.

"This law is a significant improvement on the previous ivory regulations and we welcome it but of course we have some reservations about not including non-elephant ivory species for example, Frankie Osuch, a policy support officer at Born Free says.By only banning elephant ivory, ivory from other animals such as walruses and hippos will increase in demand."

The enforcement of the Ivory Act took 4 years. According to certain campaign groups, the delay has allowed the ivory trade but to find new ways of exploiting animals.

Certain countries with large elephant herds like Zimbabwe or Botswana participated in a summit last month pushing for the lifting of a ban on ivory trade in order to sell off stockpiled ivory.

The international trade of ivory was officially banned in 1989. But several markets, including Japan, don’t have internal bans. 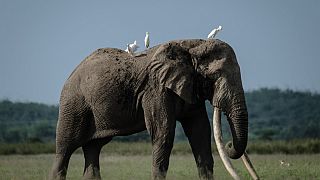 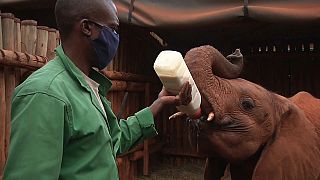