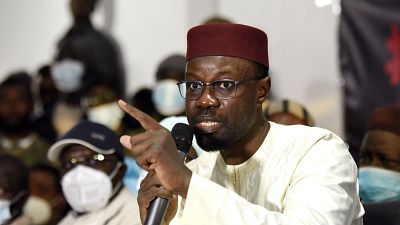 Two Senegalese opposition coalitions, which have joined forces in preparation for the legislative elections scheduled for July, said on Friday they intend to be the majority in the parliament against President Macky Sall’s ruling party and prevent him from running for a third term.

First, to take control of the National Assembly, to repeal all the laws of the current regime used by Macky Sall to destroy the Senegalese democracy conquered through several generations of activists and patriots and at the price of heavy sacrifices. Secondly, to achieve a parliamentary turnaround with a national assembly that is reconciled with the Senegalese people, that is representative and which imposes on Macky Sall a responsible governmental cohabitation. Third, to block the risky prospect of Macky Sall running for a third illegitimate and unconstitutional term in the 2024 presidential election," said Mamadou Lamine Diallo, a member of the opposition.

"We were republican, that's why we canceled our demonstration, besides several opposition youth were determined to march today. But next Wednesday, we will sound a big mobilization and nobody can prevent us from doing our demonstration," said Ousamane Sonko, a member of the opposition.

The July 31 elections are meant to renew the 150 seats for members of parliament. The current Assembly is largely dominated by the presidential coalition of parties.

The July legislative elections follow local elections in March, won by the opposition in several major cities such as Dakar, Ziguinchor (south) and Thies (west).