Every morning, locals in this coastal town of Pointe Noire in the Republic of Congo must go to the nearest water source, located nearly a kilometer away. The water crisis has impacted lives here as many of these locals have to wake up daily as early as 4 am to avoid congestion at various water points.

Like her, several hundred men, women and children do not have access to drinking water from the tap. The city, which turned 100 years old this year, has experienced strong urban growth in recent decades, but without addressing water distribution. Since then, some have opted to build private boreholes.

"Now we are leaving at 7 months without water from the taps. You can confirm by yourself. I had three pumps for my household in the same plot, but we had to change. That is why I decided to drill this well," another local who owns a well said.

"When you want to build such facilities, you have to take into account the environmental standards of the WHO (World Health Organization), which requires that there be criteria for example on PH levels to ensure that the water that will be used is good for consumption," said Nicaise constant NKOMBAULT manager consultant at the Congolaise des Eaux.

The authorities estimate that about 1.5 billion dollars will be needed to overcome this water shortage because although the country has sufficient freshwater resources, the water distribution infrastructure still remains the main issue. 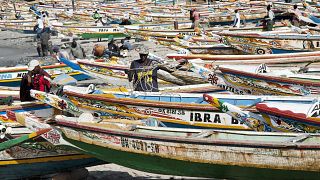 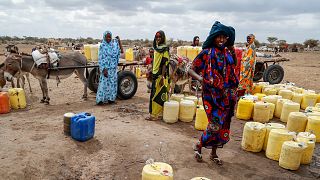 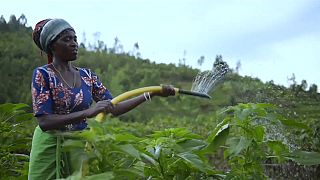