Nigerian biker rides from London to Lagos against polio

A welcome fit for a celebrity. After 41 days on the road, Nigerian biker Kunle Adeyanju, was greeted to cheers from the crowd who gathered in anticipation of his arrival. The adventurer reached Sunday the border between Benin and Nigeria after he embarked on a trip from London to Lagos to raise funds in support of the fight for the eradication of polio.

Mesmerised by the encounters along the 13 thousand kilometres he travelled, the biker urged Africans to tell themselves their stories to the world: "My discovery, my one take-home from this ride, is the story of African people, I discovered that African people are nice people, African people are hospitable people. Africa is a land of diversity, it is a land where everywhere step you go through, you discover something new, something interesting. It is totally different from what I read about Africa in the media."

At the Seme-Krake border post entering Nigeria from Benin, Adeyanju received yet a new stamp on his passport proof the 13 countries he crissed crossed. The funds generated from his adventure will go for charity with 20% dedicated to the End polio now campaign.

"If you look at the issue of polio, we need to get rid of it, Adeyanju said. We have the technology, we have the vaccine, so we can do it. The point is, why are people not doing it, why have we not been able to do it? It is all about awareness."

The rider has been documenting his adventures online and became a sensation.

If it is the end of his London to Lagos mission, the 44-year-old will soon be busy again. He will embark on a new journey: "I will be riding from Lagos to Israel, then through Asia, basically I will be heading to the Tibetan Plateau. Then there I am going to ride to Everest Base Camp, then when I get to Everest Base Camp, I wanna attempt to climb Mount Everest."

The Lagos State governor praised Adeyanju's courage and determination in embarking on the adventure for charity. 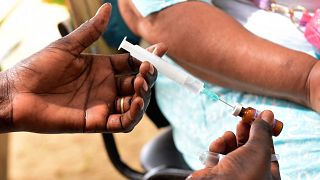 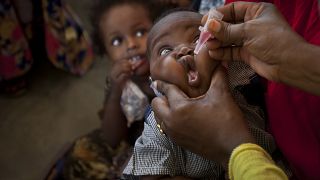