Deadly attacks attributed to armed jihadists against civilians and the military have multiplied in recent weeks in Burkina Faso, the latest of which left some 50 civilians dead in the east.

This attack, carried out on Wednesday against the commune of Madjoari, which has between 15 and 20,000 inhabitants, but announced on Thursday, is the bloodiest since the one perpetrated nearly a year ago in Solhan, in the northeast, which killed 132 people.

"Residents of Madjoari", a locality under blockade by jihadists and who were trying to leave it, "were targeted" near a bridge "by unidentified armed individuals", said Colonel Hubert Yameogo, governor of the eastern region, in a statement sent to AFP.

"The provisional death toll is "around 50 people killed", he said.

Like other towns in the north and east of Burkina Faso, such as Djibo and Titao, the town of Madjoari has been placed under blockade by the jihadists who strike in these regions. The army sometimes manages to get supply convoys there.

But when this is not the case, destitute and desperate inhabitants try to flee, and according to inhabitants contacted by AFP from Ouagadougou, this is what has been happening in Madjoari for a week.

These are "the people who were intercepted and executed by the terrorists," said one of them, adding that "all the victims are men.

The governor of the eastern region assured that "security actions are underway to restore peace".

This attack follows several others recently recorded in Madjoari against soldiers and civilians.

On May 19, the military detachment there was targeted, killing eleven soldiers and wounding twenty others. Five days earlier, an attack on civilians killed 17 and injured seven.

For the past two months, attacks against civilians and soldiers in the north and east of the country have been regular and have left around 200 dead, according to an AFP count.

The deadliest attack to date since Burkina Faso became a target for jihadist attacks in 2015 was committed on the night of June 4-5, 2021, in the village of Solhan. Gunmen - including "young people aged 12 to 14" according to the authorities - killed 132 people there, according to the government, 160 according to local sources.

Burkina Faso, particularly the north and east, has been hit by movements affiliated with al-Qaeda and the Islamic State for seven years, which have killed more than 2,000 civilians and soldiers and displaced nearly two million.

The country's new strongman, Lieutenant Colonel Paul-Henri Sandaogo Damiba, who overthrew elected President Roch Marc Christian Kaboré in late January, accused him of being ineffective in the face of jihadist violence, has made the security issue his "priority.

In early April, he announced the creation of local dialogue committees with jihadist groups to try to curb the violence.

A strategy that does not seem to be bearing the expected fruits for the moment. 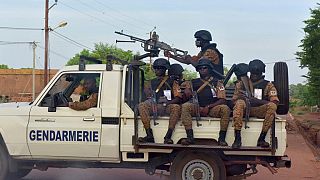 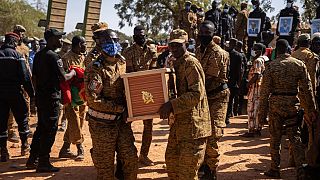