The city's biggest landfill site located in the Turffontein area is a hive of activity as waste trucks arrive to drop off their deposits.

Despite a 2018 move by South Africa's most populous city, making it mandatory for residents to separate waste from the source, few bother.

Informal waste pickers comb through the trash in the hope of finding something valuable.

They are trying to recover a variety of materials ranging from plastics, cardboards, bottles and wood before they are flattened.

Many of them are registered on the city's database but some are undocumented foreign nationals operating informally to sell their collection to recycling companies.

For many, this is their only source of income to support their families.

Pikitup provides waste management services to the City of Johannesburg.

"Plastic is not biodegradable as other kinds of waste streams like wood and such materials. So it lives for a very, very long time. Now, if you compact it, it eats (takes up space) on our landfill airspace. It's difficult to compact, It becomes a nuisance when there's wind to neighbouring or adjacent properties around this landfill site. Then we get complaints from people. It also goes into our waste water streams ending up in the sea, contaminating water streams, killing fish in the sea. You know, it is a real, real, real problem."

Whole Earth Recycling offers a service to residents, collect all your various recycling in a dedicated plastic bag and they sort it for you at a recycling centre.

"If we can stop using non-recyclable plastics in our packaging material, and encourage more people to start recycling we will have a better rate of recycling. Although there is sorting that takes place at the landfill, it is not ideal as it is mixed with food waste, medical waste and that is not hygienic".

This week a conference in the city of Gqeberha, South Africa, will discuss how to pressure governments and big businesses to commit to a reduction in plastic production and waste as it takes a toll on the continent's environment.

According to the organizers, the "Towards Zero Plastics to the Seas of Africa" will bring together top decision-makers in the plastics value chain on the continent.

The conference follows the UN Environmental Assembly's resolution for the development of a legally binding treaty on plastic waste by 2024.

Waste campaigner Musa Chamane says the conference is necessary to pressure decision-makers to engage with the problem.

"They (conferences) do make a difference because it's a platform where we manage to voice our ideas and the industries are there; the civil society are there and governments are there, we all in one room. So if we're pushing and say they have to make sure that they reduce the amount of plastics that they produce, and they even go as far as having an international treaty to make sure that they phase out plastics into the environment. It's a good thing that they are thinking of that because some countries have already banned plastic, like single-use plastics," said Chamane.

A 2018 research report by the U.N. and the Centre for Scientific and Industrial Research in South Africa estimated that Africa had an average waste collection rate of 55% and only 4% of it was recycled.

This is below the African Union's target for municipalities on the continent to recycle at least 50% of their waste by next year.

The conference is hosted by the Sustainable Seas Trust's African Marine Waste Network from 23 -27 May. 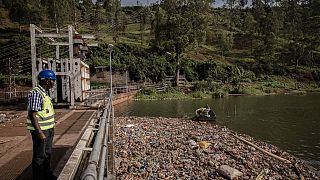 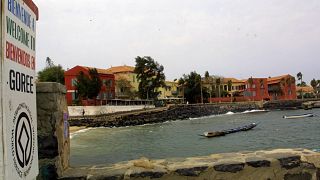 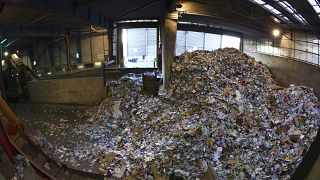