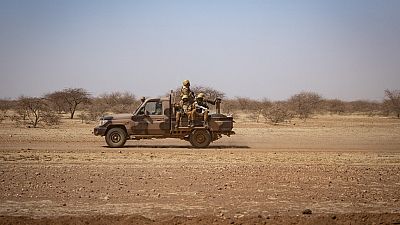 The Burkinabe army has announced the death of 11 soldiers following an attack by suspected jihadists on a military detachment in eastern Burkina Faso.

A previous report on Thursday from security and local sources put the death toll at seven.

"A complex attack - shellfire followed by direct fire on the base - targeted the military detachment of Madjoari" in the province of Kompienga, in the eastern region, said the statement, released Thursday evening.

"Eleven soldiers lost their lives in the attack" and "at least 20 soldiers injured by shrapnel or projectiles were treated by the health services," it added.

Army planes intervened and "neutralised at least 15 terrorists who were trying to escape after the attack", according to the army.

On Thursday morning, armed individuals attacked a bus in Seytenga, in the northern province of Séno, according to local residents who said one civilian was killed and a dozen passengers injured.

On Saturday, some 40 army auxiliaries and civilians were killed in three attacks by suspected jihadists in the same regions.

Burkina Faso, particularly the north and east, has been the target of jihadist attacks since 2015 by movements affiliated with al-Qaeda and the Islamic State that have killed more than 2,000 people and displaced 1.8 million.