President Joe Biden has ordered the reestablishment of a US troop presence in Somalia to help local authorities combat the Al-Shabaab militant group, a senior American official told reporters Monday.

The move reverses an order from Biden's predecessor Donald Trump, who in late 2020 pulled nearly all US forces from the East African nation as he sought to wind down US military engagements abroad during his final weeks in office.

Biden "approved a request from the Defense Department to reposition US forces in East Africa in order to reestablish a small persistent US military presence in Somalia," the official said.

Fewer than 500 troops will be involved, the official said, adding that it will "take a little bit of time to reach that" level in Somalia.

That is slightly smaller than the original footprint of 700 who spent years in country conducting operations against Al-Shabaab, but were then removed under Trump and rebased in neighboring countries Kenya and Djibouti.

The previous administration directed the withdrawal from Somalia "against the advice of senior US military leadership," and "since then Al-Shabaab... has unfortunately only grown stronger," the official added.

By reinserting US troops, Washington will reduce the risks involved in back-and-forth mobilizations of forces that have been conducting counterterrorism operations inside Somalia.

The move would boost efficiency and the effectiveness of special operators, and allow for uninterrupted training periods with local partners.

While calling the militant threat in Somalia "quite concerning," the official did not rule out US forces directly taking on Al-Shabaab.

"We do continue to look to at least the potential of direct US counterterrorism operations, where we think those are called for by the threat and where we think it's appropriate."

The official also indicated the decision to reinsert forces had more to do with US troop safety than with Sunday's election of a new Somali president, Hassan Sheikh Mohamud, who takes office after months of political instability.

Somalia's support for US cooperation in the fight against Islamist extremists has been a constant in recent years, and Washington remained confident of such support from the new administration in Mogadishu, the official said. 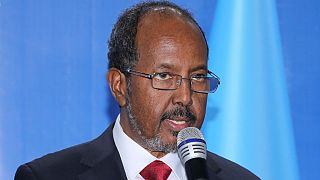 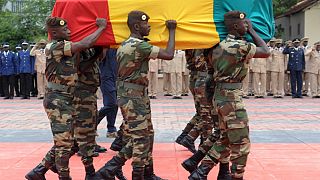