**The music and dance ritua known as "zar" is an artform with centuries-old roots in Ethiopia and Sudan. When Egypt artist Um Sameh sings, she intends "to heal the sick".
**

A stage, a spotlight, a mesmerised audience: when the Mazaher ensemble performs at Cairo's Makan Cultural Centre, the audience is speechless.  The music and dance ritual performed is known as "zar". An artform with centuries-old roots in Ethiopia and Sudan, which is traditionally believed to ward off or exorcise evil spirits. But this is no folkloric concert, when Um Sameh sings, she sings "to heal the sick".

"People come to enjoy the music, but traditionally, a zar was performed to get rid of negative energy. It has nothing to do with quackery or sorcery, it's spiritual singing."

The ensemble- whose musicians and dancers are all over 60- is Egypt's last group to perform zar in public.

Zar would traditionally last several days and include animal sacrifices. Over time and for performance purposes, the ritual underwent transformations. What remains is the sound of tambourines, tambura or other traditional music instruments which are distinctive features of Zar. However, different types of Zar exist.

"Every country has its own style of Zar, depending on how it was introduced to them, Amam Abou Samra, Mazaher's tanbura player says.The tanbura (a six-string lyre) roots in Ethiopia, that's how my father started playing it and I inherited it from him."

The Makan cultural center has been up for 22 years. Among all local music that are revived here, featuring Zar was not an easy choice. "No one wrote these lyrics for us, we inherited them, they were passed onto descendants, they were not written, not even the music, there are no music sheets", Um Sameh, Mazaher's lead singer reveals. Moreover, Zar has historically been derided by Muslims as a pagan practice, and rejected by modernising state authorities as a backward rural tradition. A newer generation is, however, willing to rediscover this home-grown artform. That is the case for Mariam Essawi, a writer and an audience member: "It (the zar) brings out a spirituality that isn't there. You feel like you exist, when you listen to these unusual instruments, ones that are not typically used in music and songs that we listen to daily. It's something new but it comes from within, it's part of you, as an Egyptian, they represent you."

Mazaher has taken part in several European festivals, and more Egyptians are flocking to their Cairo performances.

Prayers from Islam's mystic Sufi tradition and Zar lyrics come together during the show, to the delight of foreign and local guests. 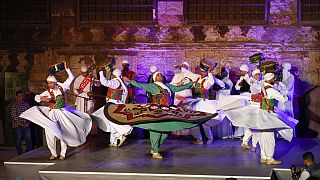 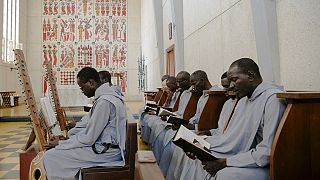