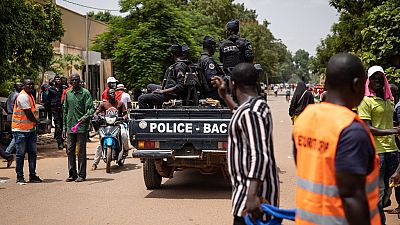 Community leaders and fighters from local armed groups have begun talks with an uncertain outcome in Burkina Faso, with the endorsement of the military junta that took power in the country facing jihadist violence since 2015.

In early April, the junta that overthrew elected president Roch Marc Christian Kaboré on 24 January announced the creation of "local dialogue committees" with Burkinabe groups with no links to al-Qaeda and the Islamic State (IS), which have been destabilising Mali, Niger and Burkina Faso through violence for several years.

In Burkina Faso alone, jihadist violence has killed more than 2,000 people in seven years and forced at least 1.8 million people to flee their homes. When the jihadist attacks began, the enemy "was essentially crossing borders," notes François Zoungrana, commander of the Special Intervention Unit of the National Gendarmerie (USIGN), which is spearheading the fight against jihadism.

"Currently, the enemy is essentially composed of Burkinabe citizens" and "is very often invisible and confused with the population", he says, which "forces us to rethink the war, the way we wage war".

These groups are "a kind of metastasis of the terrorist phenomenon" which controls "whole swathes of the territory" and force "the authorities to explore other options such as dialogue, instead of the all-military approach", Drissa Traoré, teacher and political analyst said.

This observation, as well as the desire expressed by some young fighters from these groups to talk to their traditional, religious and customary leaders, led to the setting up of dialogue committees, according to the Burkinabe Minister for National Reconciliation, Yéro Boly.

"The reason for this dialogue is that we are at an impasse," he said recently, adding: "The path they have embarked on is a path without a future, this is the observation made by these young fighters.

According to a security source, "there have already been contacts between fighters from armed groups and community leaders in areas of high-security challenge", mainly in the north and east where attacks are concentrated.

In an apparent sign of the start of talks, fighters lifted their blockade on Djibo, the capital of Soum province in the north, on 20 April, allowing the army to convoy around 100 trucks of food and other goods to the town, according to residents.

The dialogue should pave the way for the return of the fighters to their localities to resume activities such as livestock rearing. How many young people are there who want to lay down their arms?

According to him, "it is almost certain that this dialogue does not concern the two major organisations, the Islamic State and Al-Qaeda, but rather small groups". He believes that it is necessary to "make a distinction between the fighters of armed groups, highwaymen, smugglers and terrorist leaders".

"The people want peace to return and to be able to return to the places they had to flee. But everyone is wondering how to live with people who have killed your parents and then robbed you of everything," said Moussa Diallo, a member of the Sahel Youth Coordination.

According to Yéro Boly, there is no question of the state "engaging in direct dialogue with terrorist leaders, let alone negotiating", noting that in parallel to the dialogue, the army "continues its work" with anti-jihadist military operations.

Moussa Diallo recalls that in the past there have been "informal dialogues conducted by local communities" which only resulted in "a brief lull" because "certain commitments" were not kept. "In the end, these people take up arms again and become even more violent. 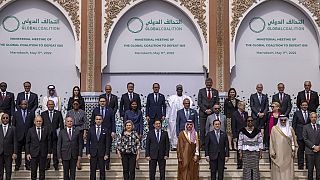