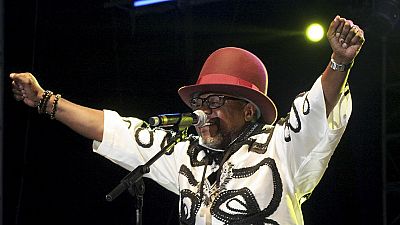 The Kinshasa residence of Congolese star singer Papa Wemba, transformed into a "Museum of Congolese Rumba", was on Sunday (April 24) opened to the public in the Democratic Republic of Congo (DRC) six years after the artist's death on stage.

After Papa Wemba's death in Abidjan in 2016, the Congolese government decided to buy his main residence, a luxurious villa located in the heights of the posh Macampagne neighbourhood in the western part of Kinshasa.

"In this house of a certain luxury, to the taste of the king of Rumba, we will also do exhibitions, conferences, auctions, compositions, rehearsals and others," she added, promising that "the largest audio recording studio of music", will be built there.

At the entrance, an image of the Congolese star, arms raised, is engraved on the gate. In the living room of this sumptuous villa, seven hats of this Congolese music icon are on display. The attention is immediately drawn to the golden sculpture of an angel that sits next to a black and white portrait of the king of Rumba.

Present at the ceremony, A'Salpho, leader of the Ivorian group Magic System, hoped that all artistic categories would be represented in the museum because "Papa Wemba was a complete artist". The Congolese idol died on stage on 24 April 2016 while participating in the ninth edition of the Anoumabo Urban Music Festival (FEMUA), organised by Magic System.

Father of six children, dressing in the finest fashion houses, Papa Wemba had been one of the most popular African singers for over 40 years.

With his high voice and flamboyant personality, he was one of the great figures of Congolese rumba 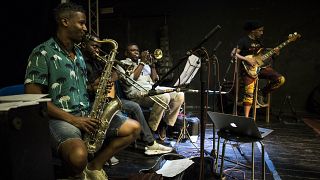 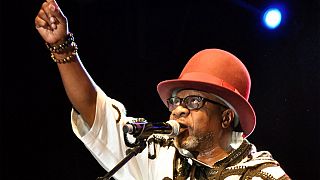