UK-Rwanda asylum deal: The challenges ahead 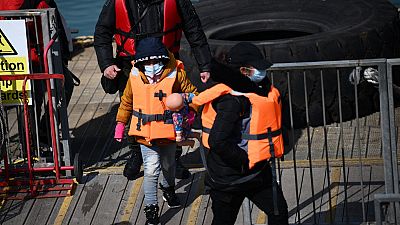 A controversial deal between the UK and Rwanda to send migrants and asylum seekers to Rwanda has earned London much criticism, mostly from its opposition and the UN refugee agency (UNHCR), who are calling for its cancellation.

However, not much is known about the motives of Rwanda, a country of 13 million people in the Great Lakes region of Africa that has been praised for its development policies.

- Why is Rwanda doing this?

Though the agreement will be funded by London to the tune of about €144 million, some observers believe that this money is not Rwanda's main motivation.

According to Rwandan analyst and lawyer Louis Gitinywa, Rwanda intends to assert its international aura here while mitigating criticism of its handling of rights.

"President Kagame intends to use this agreement as a vote of confidence in his human rights policy," he says, asserting that the head of state, who has ruled Rwanda with an iron fist since the 1994 genocide, wants to appear as a "key African leader.

The analyst believes that Kigali is also hoping for "diplomatic support from the UK when resolutions against Rwanda are submitted and discussed before the UN Security Council."

- In January 2021, the UK government asked Kigali to address "the continuing restrictions on civil and political rights and press freedom".

Britain and Rwanda fend off criticism over asylum deal https://t.co/6ODbG12iL9

Last week, Prime Minister Boris Johnson's speech changed significantly, describing Rwanda as "one of the safest countries in the world, internationally recognised for its reception and integration of migrants".

The change in rhetoric suggests that Kigali hopes to influence perceptions abroad of its policy towards dissidents, particularly those who have fled abroad.

However, according to Lewis Mudge, Central Africa director for Human Rights Watch, "Rwanda has repeatedly demonstrated how little it values the protection that should be afforded to refugees under international law.

"There are credible reports that Rwandan agents have carried out killings of Rwandan refugees abroad, and many refugees are afraid that the Rwandan government has a long reach into Europe, Canada, Australia," he said.

- What do Rwandans think of the agreement?

Rwandans have said little about the agreement, except in rare cases to welcome it, as did Tom Mulisa, professor of constitutional law at the University of Rwanda.

"It's good that Rwanda has positioned itself in this way, as a way to help solve the migration crisis that is affecting the whole world," he told AFP.

Journalist John Williams Ntwali is among the few to criticise it publicly, saying the agreement violates "the rights of refugees and asylum seekers".

"It is an immoral agreement that forces people to go to a country they have not chosen," he says.

- What are the challenges for Rwanda?

Frank Habineza, President of the Green Democratic Party of Rwanda, says the deal is unsustainable, pointing out that the densely populated country has strong competition for land and other resources.

"Taking on migrants from the UK will increase the challenges of land pressure and survival," he wrote in a statement last week.

Opposition leader Victoire Ingabire, a vocal critic of Mr Kagame, also highlighted the economic pressure the country has faced since the Covid-19 pandemic.

"It is not clear how Rwanda will support relocated migrants in their personal development and employment," she said.

"The Rwandan government (should) focus on solving its internal political and social problems that turn its citizens (...) into refugees in other countries," she added.

Rwanda has in the past hosted African migrants stranded in Libya under an agreement with the African Union and UNHCR. Last year, the country offered asylum to Afghans fleeing the Taliban takeover.

Few details have been released about the deal, which critics in the UK say could face legal challenges that could force its architects to abandon it.