As the Russia-Ukraine war entered its 48th day on Tuesday, the World Trade Organisation sounded the alarm. World GDP, at market exchange rates, is expected to increase by 2.8 percent in 2022 -- down 1.3 percentage points from the previous forecast of 4.1 percent.

The Nigerian director-general of the global trade body said Tuesday the Russia-Ukraine conflict had darkened prospects for world trade.

The world GDP, at market exchange rates, is expected to increase by 2.8 percent this year but the growth will be lower from the initial forecast.

On the field, these figures will result according to Ngozi Okonjo-Iweala in falling living standards: "The most immediate economic effect has been a sharp spike in the prices of food, energy, fertilisers and some important minerals for which Ukraine and Russia are key suppliers to world's market. A potential food crisis is looming, food and energy prices were already high by historical standards before the war."

To mitigate the damage, Nigeria’s former foreign minister said countries and international organisations must work together reckoning that a divided world economy leads neither to prosperity nor to peace.

"We have to look at the issue of the harvest in Ukraine and planting season, both for impact on food this year but next year, Ngozi Okonjo-Iweala said. This is planting season for the spring crop, we hope there will be some kind of humanitarian corridor so that farmers can plant but more importantly, 80% of Ukraine's wheat is harvested in July, that's the winter crop and we hope there can be some kind of humanitarian cover so this can be harvested."

The impact of the Russia-Ukraine conflict is not the only threat to global gross domestic product. The WTO said lockdowns in China aimed at preventing the spread of Covid-19 were once again disrupting seaborne trade at a time when supply chain pressures appeared to be easing. 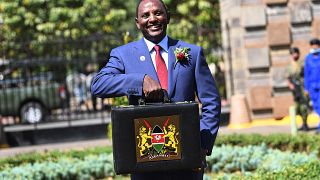 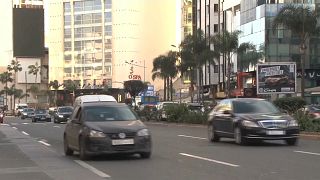