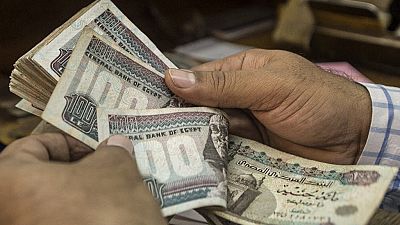 Egypt’s annual inflation rate rose to over 12% in March, up from 10% in February this year. This was driven by Russia's war in Ukraine, which has largely affected global markets and sent oil prices to record highs, officials said on Sunday.

"Annual inflation reached 12.1% in March 2022, compared to 4.8% last year," the Central Agency for Mobilization and Statistics (CAPMAS) said in a statement.

According to data released by the CAPMAS the price hikes cut across many sectors: from fuel, electricity and food items to housing, medical services and entertainment.

Consumers, especially lower-income earners are most faced with the brunt of these hikes. Most of the over 103 million people living in Egypt have suffered from price hikes since the government embarked on a reform program in 2016 to overhaul the country's battered economy.

The figures show that food and beverage prices hiked by 4.5% in March compared to February prices, with price hikes for cereal and bread hitting 11%. The government announced last month fixed prices for unsubsidized bread for the next three months in an effort to fight the increase.

While Cairo is discussing a new loan with the International Monetary Fund (IMF), the Central Bank revealed on 7 April that its foreign exchange reserves had fallen from 41 billion dollars in February to 37 billion in March.

It justified the meltdown by injecting foreign currency to "calm markets" upset by the Russian invasion of Ukraine.

Egypt is the world's largest importer of wheat and depends on Russia and Ukraine for 85% of its wheat supplies and 73% of its sunflower oil.

This inflation coincides with the month of Ramadan, a period synonymous with food expenditure for households.

Inflation has been rising in Egypt since the launch in 2016 of an austerity package demanded by the IMF in exchange for a 10.8 billion euro loan, which included a sharp devaluation and an overhaul of subsidies on essential commodities.

Hit by the economic impact of the war in Ukraine and huge public spending on infrastructure, Egypt recently devalued its currency by 17%.

The country's budget of about $160 billion is burdened by a public debt that reaches 90% of GDP.