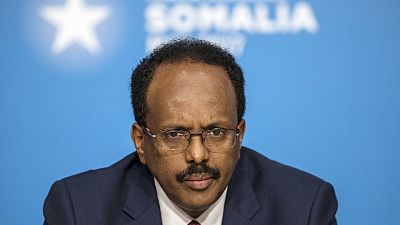 Somali Prime Minister Mohamed Hussein Roble ordered on Thursday the expulsion of the African Union representative in the country. The move triggered a new row with President Mohamed Abdullahi Mohamed, who called the decision "illegal".

The two Somali leaders have regularly clashed in recent months, fueling a political crisis that is delaying the organization of the presidential election expected for more than a year in a country plagued for more than a decade by the Islamist insurgency of the Shebab.

Mohamed Hussein Roble's office said in a statement Thursday morning that it was declaring Francisco Madeira "persona non grata for engaging in acts inconsistent with his status as a representative of the African Union Commission," ordering him to leave Somalia within 48 hours.

The statement gave no details on the reasons for the decision targeting Madeira, a Mozambican diplomat who has been the AU Commission head's special representative in Somalia since 2015.

The president "has not received any complaint about interference in his sovereignty and does not approve of any illegal action against Ambassador Francisco Madeira," a statement from the presidency said.

Recalling that "Farmajo is the custodian and guarantor of the country's sovereignty," the presidency said he has instructed the foreign minister "to convey the Federal Government's apology to the AU for the illegitimate and reckless decision of an unauthorized department" to do so.

The African Union has a presence in Somalia through a peacekeeping force, which was deployed in 2007 as the AU Mission in Somalia (AMISOM).

Last week, the UN Security Council voted unanimously to extend the force until the end of 2024, in a reconfigured mission renamed the Transitional Authority Mission in Somalia (TAMIS).

AMISOM drove the radical Islamist Shebab out of the country's main cities, including the capital Mogadishu, in 2011, allowing the installation of a government and federal institutions and the holding of two rounds of elections (2012, 2017).

But President Farmajo's term expired in February 2021 without being able to hold an election. Since then, the process has moved forward painfully, delayed by conflicts at the top of the executive and between the central government and some federal states. 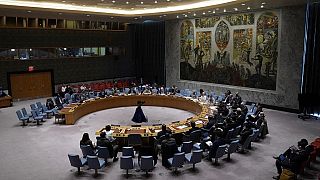