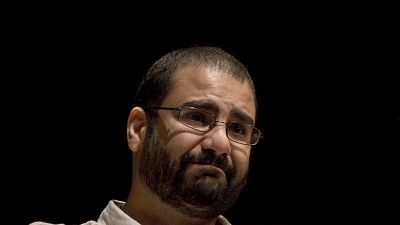 Alaa Abdel-Fattah, a central figure of the 2011 "revolution" and Egypt's most famous political prisoner, has been on hunger strike since Saturday to protest his detention, his mother Laila Soueif told AFP on Monday.

"He refuses to eat because his prison situation must change, he is placed under heavy surveillance, in solitary confinement, he is not allowed books, physical exercise and this prison is known for not respecting any law," she explained.

In December, Abdel Fattah, 40, was sentenced to five years in prison for "spreading false information" and his former lawyer Mohamed al-Baqer and blogger Mohamed Ibrahim, aka Oxygen, were sentenced to four years. Sentenced by a special court, they have no right to appeal.

His sister Mona Seif took to Twitter to say that when she visited Abdel Fattah in prison on Monday, where he refused to take the food she had brought him.

A central figure in the popular uprising that ousted President Hosni Mubarak during the Arab Spring, Mr. Abdel Fattah holds a sad record: he has been imprisoned under every president of the most populous Arab country for over a decade.

His last arrest was in September 2019 after rare protests against current President Abdel Fattah al-Sissi, who has gradually muzzled the population since coming to power in 2013.

The country has 60,000 prisoners of conscience, including, according to Amnesty International, "peaceful activists, human rights defenders, lawyers, academics and journalists detained solely for exercising their rights to freedom of expression, peaceful assembly and association."

Among them is the former unsuccessful candidate in Egypt's only democratic presidential election in 2012, Abdel Moneim Aboul Foutouh, a former leader of the Muslim Brotherhood -- an organization declared "terrorist" by the government.

His family said in a statement that he had "suffered a barbaric assault by an officer" in his prison in a Cairo suburb on March 23, holding "the regime responsible for his life and his physical and mental health. 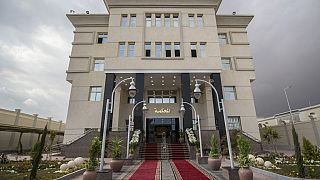