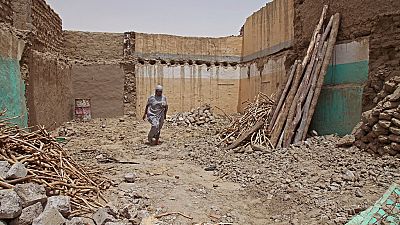 The UN's Office for the Coordination of Humanitarian Affairs, Ocha, have announced that violence in northern Mali has led thousands of people to seek refuge in neighbouring Niger.

According to the UN, citing security sources, more than 400 civilians are reported to have been killed during the fighting.

The majority of refugees are settling in localities in the Tahoua region, accoridng to Ocha. Some are already receiving assistance from the World Food Programme (WFP).

Behind the crisis is the deteriorating humanitarian context coupled with a food crisis.

Niger, particularly its western part, is hit by a serious food crisis caused by drought and jihadist violence that has prevented farmers from cultivating their fields, according to the UN and the Nigerien authorities.

Since 2017 that armed groups linked to Al-Qaeda and extremists Islamic State have been active in the region.

In 2021, suspected jihadists committed the worst massacres of civilians in Niger: in January 2021, 100 people were killed in two villages in Tillabéri and in March, 141 were massacred in several villages and camps in Tahoua.

After the Tahoua killings, the government closed a site housing some 20,000 Malian refugees in Intikane, accused of being a hideout for jihadists.