Mohamed Mbougar Sarr, winner of 2021 Goncourt prize in France for his novel entitled « La Plus Secrète Mémoire des hommes » was in Dakar to promote his book. This was his first visit home since he won the prestigious prize.

The Senegalese writer Mohamed Mbougar Sarr, winner of the Goncourt prize, said Thursday evening in Dakar not to be "surprised by the controversy" in Senegal on one of his books that deals with homosexuality, during his first public conference in his country since his award.

Mbougar Sarr, who lives in France, won in October 2021 the Goncourt, the most prestigious literary award in France, for his novel "The most secret memory of men", a fiction on the life of the late Malian writer Yambo Ouologuem.

The book "De pur hommes" was not well received by some who felt that the writer was in favor of homosexuality, a phenomenon widely considered a deviance in Senegal.

"The controversy and the amalgams did not surprise me. For a long time, I have been concerned about a question, what it means to be a novelist today," he said, before an audience of researchers, students and others.

"A novelist is someone who never captures anything other than the surrounding anxiety. My whole spirit is to keep the essential. My work is a work of fiction. All that can be proclaimed about me as fantasy and characterization is derisory," he said, during the conference organized by the Senegalese news site Seneplus.

"When you have a work that is attacked, you are the least well placed to defend it. There is something mortifying for the author who is attacked to say 'this is what I wanted to do, what are my intentions'," said the 31-year-old writer.

"When you are the one who created the work, it is difficult and not even desirable to defend yourself. Everything I have to say is in my literal work. The answer is there," he continued.

"Besides that, there is a space for debate that must always be maintained. In our traditional societies, there have always been traditions, rituals, configurations that privileged forms of tolerance. How were the frameworks that allowed for a form of tolerance destroyed," he wondered.

The Senegalses is the first writer from sub-Saharan Africa, and one of the youngest authors, to receive the prestigious Goncourt Prize. 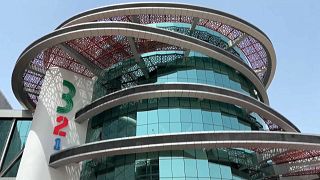