General Abdel Fattah al-Burhane, who has been in power in Sudan since the October 25 coup, began his first official visit to Cairo on Wednesday where he met with the Egyptian president, according to official television.

A live broadcast ceremony marked the arrival of Mr. Burhane, who was accompanied by the head of the intelligence services, according to the Sovereign Council, the highest authority in Sudan.

The general was welcomed at the presidential palace by Abdel Fattah el-Sissi, according to images broadcast by Egyptian television.

Since General Burhane's coup on October 25, thousands of demonstrators have been marching regularly in Sudan to denounce the repression, which has left at least 92 dead according to doctors, and the military's stranglehold on politics and the economy.

The coup put an end to a fragile power-sharing agreement between civilians and the military after the removal of President Omar al-Bashir in 2019. Bashir had ruled the country with an iron fist for nearly 30 years.

Both Cairo and Khartoum have been hit hard by inflation since Russia's Feb. 24 invasion of Ukraine, and are worried about their grain imports.

Egypt is the largest importer of Russian and Ukrainian wheat.On the other hand, Sudan has continued to struggle with its economy due to the remaining sanctions imposed on it. As a result, Khartoum that lost international aid, is being squeezed by rising grain, electricity and oil prices. 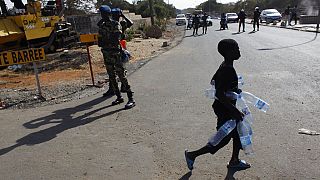 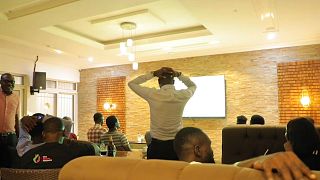