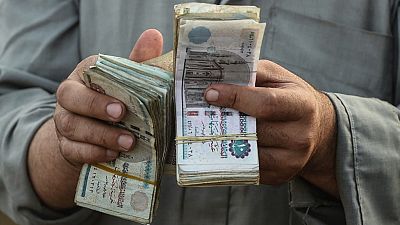 The International Monetary Fund (IMF) has announced its intentions to rescue Egypt from the harsh economic crisis which has been caused by Russia's invasion of Ukraine.

This follows a request by Egyptian authorities for support from the IMF to implement the country’s comprehensive economic programme.

IMF said on Wednesday that it will seek financial support for Egypt, which has been hit hard by the rise in commodity prices caused by Russia's invasion of Ukraine.

"The rapidly changing global environment and the fallout from the war in Ukraine pose significant challenges for countries around the world, including Egypt," IMF country mission chief Celine Allard said in a statement.

Egypt is heavily dependent on imports of wheat and sunflower oil from Russia and Ukraine and has been hit hard by the current surge in commodity prices.

The inflation rate there reached 10% year-on-year in February, mainly driven by a 20% rise in food prices.

"A package of macroeconomic and structural policy measures would mitigate the impact of this shock on the Egyptian economy, protect the vulnerable and preserve Egypt's resilience and medium-term growth prospects," Allard said.

"To this end, the recent steps taken by the authorities to extend targeted social protection and implement exchange rate flexibility are welcome measures," she added.

Inflation has been rising in Egypt since the launch of an IMF-led reform programme in November 2016. The IMF granted Cairo a loan of nearly 11 billion euros in exchange for drastic austerity measures, including a sharp devaluation and a review of the subsidy system for essential goods.

The IMF also approved a $5.4 billion aid package in 2020 to deal with the impact of the coronavirus pandemic. 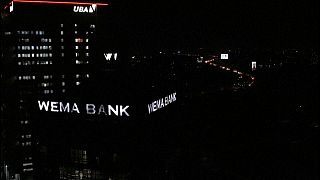 Nigeria: A Nation in the dark

Nigeria: A Nation in the dark