Nigeria is Africa's biggest oil producer but the west African nation struggles to meet its energy needs, a struggle that has persisted for many decades.

On Monday, authorities in the country said they disbursed over 3.2 billion US dollars to support power supply to Nigerians in the last five years. Godwin Emefiele who is head of the country’s apex bank, Central Bank of Nigeria (CBN) said the monies were disbursed to electricity Generating and Distribution companies to acquire equipment, buy meters and improve electricity supply in the country.

Yet Nigerians have continued to battle poor power supply with the situation worsening last week when the country’s power grid collapsed twice, causing a huge black out across most parts of the country.

Beat Fm, a 24-hour radio station in Lagos temporarily went off air, announcing moments before that it could not sustain operations into the night. Several other businesses were impacted. But this is not the first time that the power grid collapses in the nation of over 200 million people.

According to TheCable, there were power grid collapses in February, May, July, and August of 2021 and there have been about “206 collapses between 2010 and 2019.”

So why was the power grid of last week different?

By contrast, South Africa’s total domestic electricity generation capacity is over 58,000 megawatts from all sources including coal which is by far its major energy source.

According to 2020 figures, South Africa has a population of nearly 60 million and Nigeria is Africa's most populous nation; it (Nigeria) also ranks as the biggest economy on the continent. When this reality is factored in, the disparity between both nations soon become evident and certainly not only on paper.

It is a disparity that can be seen in the stark reality of millions of homes in Nigeria that have to experience if at all, any power supply, at best, a very epileptic daily supply.

But not many would have imagined the situation to get terribly bad recently.

Generators could not save the situation

Despite being Africa's largest producer of crude oil, Nigeria imports almost all of its fuel and that is because none of its four refineries is operational- presenting a big paradox.

To avoid a spike in prices at the pump, the Nigerian government massively subsidizes Premium Motor Spirit (PMS) commonly known as Petrol. The price is fixed at 165 naira, which is about 40 cents. The price of diesel is however higher than petrol- usually just a little less than I dollar per litre.In dealing with the poor electricity supply, Nigerians for several years have relied heavily on small and huge generator sets operating on these products- petrol or diesel.

These imported generating sets have served as an alternative source of power for Nigerians and in some occasions the only source. So, when power supply from government and private providers significantly drops, the demand for petrol and diesel shoots up.

In February, a severe fuel shortage pushed prices up to 1.50 dollars per litre on the parallel market. The Nigerian National Petroleum Company (NNPC) announced that 100 million litres of adulterated petrol had been imported by error prompting a withdrawal from the market.

A delay in cargo ships carrying refined oil due to the war in Ukraine was also blamed for the shortage. Long queues flowing onto the roads soon lined filling stations across the country for days and weeks, climaxing into a huge and almost nationwide black out last week.

It is now nearly a decade since Nigeria 'privatised' its power sector. The process led to the creation of 11 distribution companies (Discos), while seven generating companies were sold to different private companies. But nothing significant has changed in the experience of consumers and year in, year out, both the government and the Discos blame each other for the failures and woes.

In an interview with africanews journalist Jerry Fisayo-Bambi, the CEO, of the Centre for the Promotion of Private Enterprise Nigeria, Muda Yusuf noted there are many structural and systemic problems facing the players in the power business sector.

First, he counters the CBN's claim of funding saying the stated amount of spending in five years is grossly inadequate.

"The funding you require for the power sector and to effectively turn around the power sector is far more than that. In fact you should be talking about 15 -20 billion US dollars. At the distribution end alone, there are major funding gaps. And some of the investors in the sector have claimed that they are not being allowed to charge a cost effective tariff" Yusuf, the former Director General of the Lagos Chamber of Commerce and Industries (LCCI) explained.

Yusuf points out further that the power reforms that saw the sector privatised in 2011 was done partially and the quality of the process has raised concern. Generation and distribution were privatised with the exclusion of the transmission component, he says, explaining that the operators continue to struggle with funding and technical capacity.

"There is a major issue with regards to generating liquidity within the system, a major issue with indebtedness to the generating companies because they can not pay adequately for gas and gas suppliers sometimes disconnect them. Then the transmission problem is managed by the government and you can imagine what that means.. so it is a multifaceted and complicated issue compounded by massive electricity theft with some government agencies and consumers not paying adequately for electricity".

Indeed, it is a complicated issue. A former minister of power Prof. Barth Nnaji alludes to some of the insight shared by Yusuf.

“There is also human factor problem on distribution such as connection inefficiencies, leakages, people stealing power, and all kinds of things done by people that make it difficult for efficient distribution, and also, the distribution companies themselves who are not investing in infrastructure which brings about inability to supply power.” Barth Nnaji was quoted as saying recently in a local newspaper interview.

What then is the way out?

Members of the lower house of Nigeria's parliament on Tuesday 22 March mandated the Minister of Power, Abubakar Aliyu to take concrete actions aimed at solving the current nationwide blackout rather than always presenting theories.

The Committee on power, led by Hon. Magaji Da’u Aliyu at a meeting with the minister, expressed disappointment over the attitude of the ministry towards power issues particularly during national emergencies.

“There is nothing on ground to show that there will be light or generation of up to 5000 megawatts, but we keep hearing about 30,000 megawatts of installed capacity across the power stations" Da’u Aliyu said.

The Member of Parliament in his rebuke of the current minister of power, hints of the government target of 30,000 megawatts of electricity by 2030, something Generation Companies in the country (GenCos) have assured authorities to be very much attainable.

But Nigeria's former power minister Barth Nnaji thinks this is in fact a far cry from what is needed. “If we are going to be a mid-level economy, then we should clearly be talking about having the sort of power supply that Brazil has, which is over 100, 000 megawatts. If we are going to have 100, 000 megawatts of power supply, then we need to have transmission lines to match that capacity, but we don’t have it" he says.

As of today, only about 47 percent of Nigerians have access to electricity when it is available, the World Bank estimates. And if the country must achieve the target of 30, 000 megawatts by 2030, a pragmatic approach, which must be implemented commercially and politically will need to be ensured at the very least.

The government says it has released one billion litres of fuel from the national reserve to normalize distribution of petroleum products across the country after the shortage that saw fuel queues return to the roads in the past month.

The queues have though started to disappear. But the inflationary pressures from the recent fuel shortage and lack of electricity supply have already compounded business dealings and left their ugly mark on this giant African nation.

According to the International Monetary Fund 2019 country report on Nigeria, electricity problem causes the Nigerian economy to lose an estimated $29-billion annually.

"This fuel is finished, it is frustrating and there is not much profit to be made when you spend so much monies on petrol. How do you make extra monies? It is not possible particularly when you have to give the best to your customers".

Those were the words of Olorundare Juwon, a Fashion Designer and owner of a garment factory in Lagos, as he stared miserably at his empty power generating set.

President Muhammadu Buhari in a rare move last week apologized to Nigerians for fuel and electricity issues. This week, he has promised citizens that the issues will soon be over.

But until then, people in business like Olorundare Juwon in Lagos and indeed millions more across Nigeria will continue to bear the brunt. 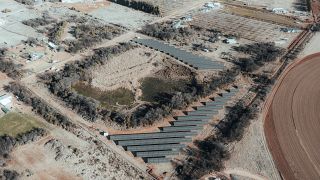