Sudan's government has denied reports about the presence of Russian paramilitary Wagner Group in Sudan.

In a statement issued on Tuesday, the Foreign Ministry termed accusations by the ambassadors of the US, Britain and Norway on Wagner's activities in Sudan as "a blatant interference in Sudan's domestic affairs."

On March 21, the Troika for Sudan – the US, Britain and Norway – said the Wagner Group was engaged in illicit activities that undermine the rule of law in Sudan.

But the Sudanese ministry denied the claims, saying the three envoys are trying to drag Sudan into the ongoing conflict in Ukraine.

The statement condemned the Troika’s allegations about the presence of the Russian private security company Wagner in Sudan to carry out military training, mining and other illegal activities.

“This is what the Government of Sudan would like totally to deny.”

Russian private security companies such as Wagner, Patriot, Sewa Security Service and RSB are known to have a presence in Africa.

According to Bloomberg, the Wagner Group is engaged in military trainings and activities, as well as in protection of gold mines, in Angola, Libya, the Democratic Republic of the Congo, the Central African Republic, Madagascar, Mali, Mozambique and Zimbabwe. 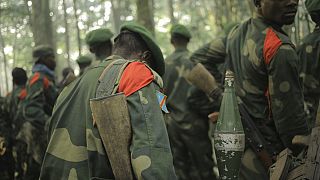