On March 17 in Marseille, France, European and African political and economic leaders met for the Europe-Africa forum.

Organized at the Palais du Pharo by the Metropole Aix-Marseille-Provence with the newspaper La Tribune and La Tribune Afrique, as a follow-up to the European Union-African Union summit held in Brussels on February 17 and 18. The main objective of this forum was to strengthen the new partnership between the two continents through a day of debates and discussions on various themes. Among them, the creation of employment and added value were discussed.

The Minister of Finance of the Democratic Republic of Congo, Nicolas Kazadi, spoke about entrepreneurship, which for him is "the job of tomorrow": "There must be a change in mentality, especially among young people, in relation to the relationship between employees and employers. If this change is not made, if we are not culturally prepared to become entrepreneurs, we will be eternally frustrated, that's what we still are today, and that's what needs to change."

Amina Zakhnouf, co-founder of the association "Je m'engage pour l'Afrique", shares this need for a change of mentality: "We have been very unambitious about what we already have in terms of potential, and I would like us to stop talking about purely material potential, by talking about the resources of Africa and its youth, there are other things that exist on the continent that are exceptional. There is a technical and technological innovation on the Finetech point of view that could transform this continent into a real laboratory of ideas and give Africa a leading role in the drafting of a new regulation."

African entrepreneurs are already established on the continent and are developing small and medium-sized businesses. Some of them are sometimes boosted by private companies.

"The support of SMEs is key in Africa, particularly for the inclusion of populations and to fight against poverty. We intervene both in financing and we have decided to double our financing by 2025, and also with a lot of coaching of business leaders through the houses of the SME that we have organized in each of our banks on the African continent," said Laurent Goutard, director of the Africa, Mediterranean & Overseas Region of Société Générale.

Several questions remain unanswered at the end of this forum, and among them, is how to find the right cooperation between public authorities and private companies.

The European and African political leaders present at the forum nevertheless showed a willingness to change the paradigm. 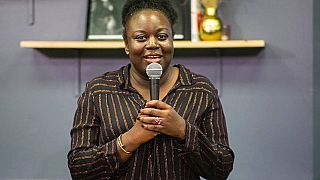 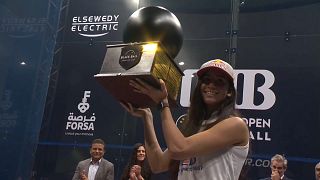