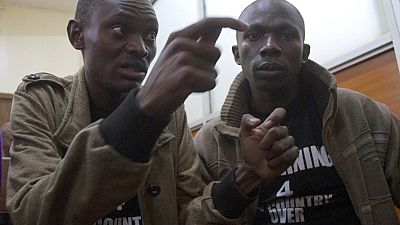 Ugandan writer and human rights activist Norman Tumuhimbise and a journalist working for the online media he runs have been charged with "cyber harassment" against President Yoweri Museveni.

Norman Tumuhimbise, who runs the pressure group "The Alternative Movement" and an online platform called Alternative Digitalk TV, is due to publish a book criticising President Museveni on 30 March.

He is the second writer critical of the government to be arrested in recent months, after Kakwenza Rukirabashaija who fled to Germany in February a few days after being released on bail pending trial. Tumuhimbise, 36, was arrested with nine journalists last week.

"Tumuhimbise and his colleague Farida Bikobere, who works with him at Digitalk TV, were charged with cyber harassment against the president," said their lawyer, Eron Kiiza, adding that the seven others were released without charge.

They both denied the charges and were remanded in Luzira prison (a high-security prison in the capital Kampala) until 21 March," he added, saying they "were tortured, like the other journalists with whom they were arrested.

According to court documents seen by AFP, prosecutors accuse Norman Tumuhimbise and Farida Bikobere of using their online platform to relay "offensive communication (...) directed against the person of the Ugandan president.

The Ugandan court had also charged author Kakwenza Rukirabashaija with "offensive communication". The 33-year-old writer fled to Germany in early February, saying he needed treatment after being tortured in detention. He was arrested on 28 December and charged with "offensive communication" against President Museveni and his son, General Muhoozi Kainerugaba, in a series of tweets.

Recent years have been marked in Uganda by a crackdown on journalists, imprisonment of lawyers and the muzzling of opposition leaders.

Many activists have been prosecuted under the "Computer Misuse Act" of 2011. Under this law, if Norman Tumuhimbise and Farida Bikobere are found guilty, they face up to one year in prison and/or a fine. 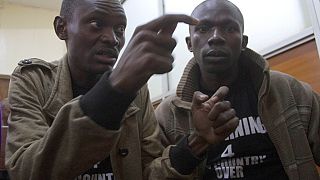 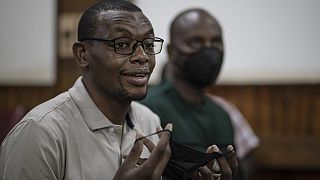 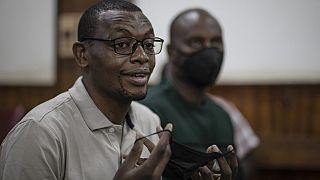