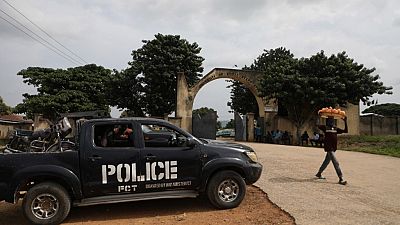 The northwest and central parts of Nigeria have been plagued for several years by gangs of "bandits" who loot villages, kidnap people for ransom and terrorise the population. But recently the attacks have intensified despite attempts by the military to dislodge the bandits from their bases.

In the first attack at around 12pm on Tuesday, dozens of attackers stormed a police station in the Magama district of central Niger state, leading to a shootout with police and local militiamen, Nigerien police spokesman Wasiu Biodun said in a statement.

"Unfortunately, during the exchange of fire, the divisional police officer, two other policemen and four militiamen lost their lives," Wasiu Biodun added. Several assailants were also "neutralised" in a "fierce battle".

"The policemen guarding the factory engaged in a gun battle with the bandits, which led to the death of four policemen and a civilian, while several of the bandits were also killed," Abubakar said.

The attackers, who were officially declared terrorists by the government in January, operate from camps hidden in a vast forest straddling Zamfara, Katsina, Kaduna and Niger states.

A week ago, 19 security personnel, including 13 soldiers, were killed when bandits attacked the village of Kanya in Kebbi, a day after an ambush in Sakaba killed at least 57 members of a self-defence militia.

Bandit violence in Nigeria's northwest and central states is just one of the challenges facing security forces, who are also battling a 12-year-old jihadist insurgency in the northeast and separatist tensions in the southeast. 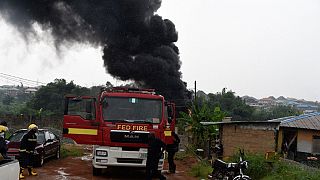 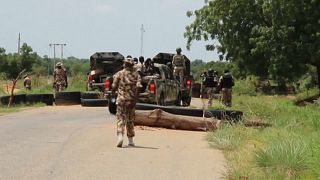