Ivorian Foreign Minister Kandia Camara was in Ankara on Tuesday. On the 8th day of her working stay in Turkey, she met with her counterpart Mevlüt Çavuşoğlu.

The officials discussed business and trade as they touched on ways to strengthen bilateral relations. If Turkey invests more than 200 million dollars in the West African country, the Ivorian minister hinted the agricultural sector would experience significant transformations in the coming years increasing investment opportunities.

During a press conference she adressed the war in Ukraine and called for the creation of an international conflict resolution commitee: "It would be good if there were a committee bringing together the Foreign ministers of all regions of the world to anticipate potential conflicts between countries. That committee would travel from capital to capital, and gathering the parties at war and bring them around the table to negotiate and find peaceful solutions through diplomacy, through discussion and dialogue. This is what you have succeeded in doing here in Ankara by inviting the foreign ministers of Russia and Ukraine".

Both parties also discussed health and education. Camara said the countries had signed a deal for Ivorian aspiring nurses and doctors to be able to come study in the transcontinental country. "Turkey is the first country to which Ivorians go for medical care", she explained.

She added, the two countries would discuss how to increase the number of scholarships Ivorian students could be offered to pursue their education in Turkey. 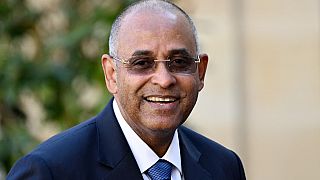