Israel is reportedly banning the entry of Ethiopian pilgrims who want to embark on a pilgrimage to the country during this year's Easter for fear they will not return home.

Local media reports travel and tour companies have received a letter from Israel’s Population and Immigration Authority stating that any Ethiopian traveller who wants to visit Israel will need to contact the authority personally and receive permission to enter.

Tourists from other countries do not have to follow this same protocol; tour companies can generally submit a group application for tourists travelling as a group.

The authority’s letter noted that the move was out of concern that “these tourists will not head back” due to the ongoing civil war in their country, according to local media reports.

Israel’s Population and Immigration Authority said the policy was necessary because in the past Ethiopian tourists have overstayed.

The head of the Israel Incoming Tour Operators Association is quoted by the Times of Israel as saying it was "severely discriminatory" as it only applied to Ethiopians.

The Tigray War began in November 2020.

A spokesperson for Ethiopia’s foreign ministry says that he was not aware of the decision by Israel.

Ethiopia's tourism sector has also been hit hard by the fighting, as many of the country’s most-celebrated destinations are unreachable.

One tour operator in Addis Ababa, which works with counterparts in Israel to arrange the pilgrimages, says that the decision was bad news for his business already suffering from the war and pandemic-related restrictions. 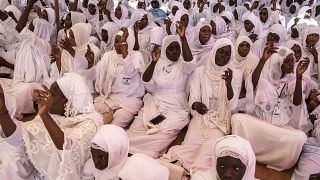 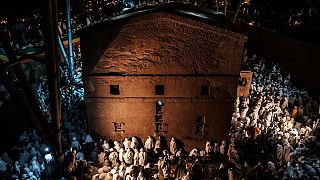 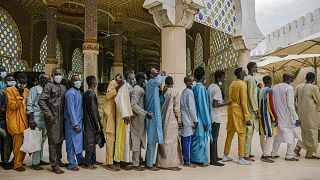