A high-level Malian delegation arrived in the Mauritanian capital Nouakchott on Friday, a diplomatic source said, amid tensions over the disappearance of Mauritanian civilians in a border area.

Mauritania had accused Mali's army of "recurring criminal acts" after over 20 of its citizens went missing near the border.

At the end of the discussions the minister said both parties agreed to "set up a joint ad hoc fact-finding mission to shed light on the latest events in El Ataye (El Ghattaye), and to punish the perpetrators of these heinous crimes as severely as Malian law allows."

Unverified voice recordings circulating on social media were attributed to alledged witnesses who blames the Malian army for the disappearance of Mauritanians.

On Wednesday, Abdulaye Maiga, the Malian spokesman, confirmed the "murders" had occurred and said Mali had opened an inquiry. Questions were raised after a previous incident in January, led to the death of 7 Mauritanians in the same area. 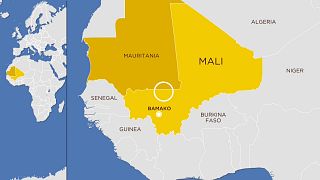