Chad's government and opposition groups had started peace talks on Sunday morning in Doha. However, the talks were suspended after representatives from one of the 44 rebel groups attending left the room.

Some 44 armed rebel groups were invited, as a first step towards ending a rebellion and holding elections in the country. But the talks were suspended after participants from Front for Change and Concord in Chad left the room. Before that, the AU Commission head urged both parties to reach an agreement.

"The Chadian history, which has been punctuated by conferences, attempts at reconciliation, and unfulfilled agreements, is well known to you all, Moussa Faki Mahamat began. In sixty years almost the age of our contemporary state, Chad experienced armed conflict, destruction, and lost opportunities for rebirth. Isn't it about time to stop this madness of nihilism and absolute absurdity?"

In the framework presented by Chad's leader Mahamat Idriss Déby Itno, the talks are a prelude to a "national dialogue" due to start in May. His prime minister insisted peace needed to be achieved for the greater good. "Peace requires more courage and greatness than war, Albert Pahimi Padacke said. To be able to activate the inner trigger of self-transcendence to overcome the desire for revenge and resentment requires more courage than war, in short, real courage does not mean brandishing your weapon to dominate but to take the risk to lay it down in order to discuss."

The peace talks are crucial and according to Libya's Foreign minister Najla Mohammed El Mangoush, they will improve stability and help "fight terrorism" in the Sahel region. 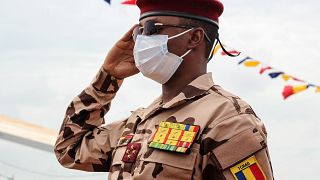 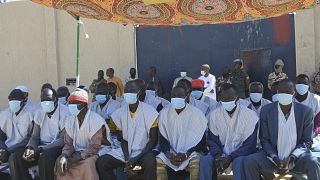