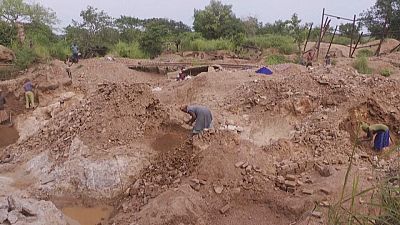 Many residents from Manono, a town in the southeast of the DRC make a living from an old cassiterite quarry. Australian company AVZ Minerals has discovered huge lithium reserves in the region. As they wait for an exploitation license, the project kindles hope for locals to secure their livelihoods.

Every day, the old quarry of Manono in the southeast of the Democratic Republic of the Congo is busy. Here spades are thrusted into the soil, there men and women use digging bars to break up the rock.

Villagers from the former mining town, make a living of the minerals lying under their feet. Mahuwa Wa ngoy, a Manono resident comes regularly: "After digging everywhere in this old mining concession, I take a layer of sand to wash it in the river hoping to find at least 200 or 300 grams of cassiterite. That’s how life goes."

Working in the old mine is also a matter of survival for the mother of three, Marceline Banza: "I extract the cassiterite after washing the gravel, then I sell it to the trader. I sometimes earn 15,000 CFA francs ($7.50)."

Few kilometers away, in the storage shed belonging to the Australian company AVZ Minerals, businessman Nigel Ferguson looks at maps of the hard rock quarry at the Manono lithium mine. Five years ago, his company received a mining exploration permits and found huge reserves of the mineral. AVZ Minerals then set up a company with Congolese company Cominière.

"We picked up the licence and the joint venture in early 2017, we’ve completed approximately 30,000 metres of diamond core drilling, some RC drilling in there as well. We’ve developed the whole project, Ferguson says. We've got four hundred 400 million tonnes of lithium resource at 1.65% so it probably stands at the largest undeveloped resource in the world."

If exploited, Manono's lithium will help DRC better compete with other producing countries like China, Argentina or Chile. Niger Ferguson now has his finger crossed. He hopes to receive an exploitation license: "We intend to spend in the order of 600 million dollars building a plant here. That includes mining equipment up to processing plant, where we crush and grind the material and take it through a dense media separation plant. It then gets sorted out into size and we have a product called SE6, which is spodumene concentrate 6% lithium. The main product and we’ll produce about 700,000 tonnes of that material per annum."

Lithium production is also something some villagers wait for as they desire to secure their livelihoods. If the authorities issue the licence, lithium production might become the main provider of jobs in Manono. The city is located in the Tanganyika province which was created in 2015 following the division into four parts of the Katanga, an ore-rich region in the southern-eastern part of DRC. 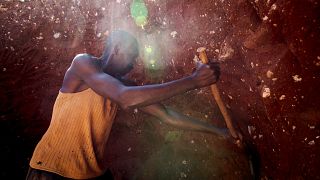 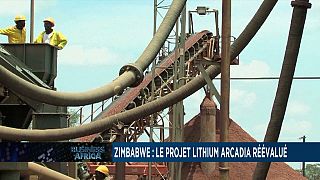