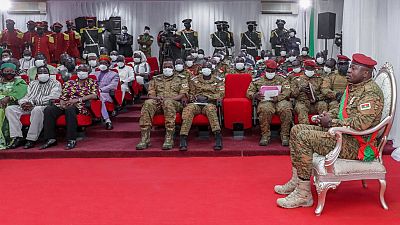 A commission set up in early February by the military junta that took power a month ago in Burkina Faso has proposed a 30-month transition before a return to constitutional order.

In a report, the commission "proposes 30 months of transition led" by the head of the junta, Lieutenant-Colonel Paul-Henri Sandaogo Damiba, as well as "the establishment of a government and a legislative body restricted to no more than 20 and 51 members respectively," a military source told AFP, which was confirmed by a source close to the presidency.

The report, a draft charter and agenda for the transition, was presented Wednesday to the head of the junta, but its content has not been made public. It will have to be submitted to the military hierarchy and the country's "active forces" - parties, unions and civil society organisations - before any validation, the source close to the presidency said, confirming the proposal for a 30-month transition period "before the holding of general and inclusive elections".

The Economic Community of West African States (ECOWAS), which suspended Burkina Faso from the organisation on 28 January because of the coup that toppled elected president Roch Marc Christian Kaboré, had asked the junta to present a "reasonable timetable for the return to constitutional order".

The duration of transitions is at the heart of negotiations between countries in the region affected by the coups and ECOWAS, which is calling for them to be as short as possible. It has deemed the five-year period demanded by Mali to be "unacceptable" and is constantly demanding a timetable from Guinea, which refuses to have any deadline imposed on it.

"The proposal of 30 months made by the commission seems little to get this country out of this insecurity that we have lived for six years," said Salam Sampougdou, a member of the Coalition for a Successful Transition, which brings together civil society organisations supporting the junta. According to him, "there should have been an option for an extension of the transition period".

Asked by AFP, a leader of the overthrown president's party, the People's Movement for Progress (MPP), said he did not wish to react until he had the official version of the report. In handing over its report to Paul-Henri Sandaogo Damiba, who was sworn in as president and head of state on 16 February by the Constitutional Council, Mariame Ouattara, president of the commission, explained that it had been "inspired by the directives given by the junta".

These directives concern "the restoration of territorial integrity, the consolidation of peace for the return of internally displaced persons, good governance and the return to a new constitutional order". In addition to the draft charter and the transition agenda, "we thought it would be useful to attach a charter of values to support the refoundation" sought by the military junta, she added.

"The work of refoundation in which we are collectively engaged will be based on a clear vision of the future we want for our country, a country that recovers peace, security for all its citizens and virtuous governance based on the values of integrity, work and solidarity," said the lieutenant-colonel after receiving the report, quoted by the Presidency of Faso. He praised the "commitment" of the commission which, he said, had worked "voluntarily and in complete independence".

The commission was composed of 15 members, including lawyers, sociologists, economists and officers. Lieutenant-Colonel Damiba, 41, took power on 24 January in Ouagadougou after two days of mutinies in several barracks in the country, overthrowing President Kaboré, accused in particular of having failed to counter the jihadist violence that has plagued Burkina Faso for nearly seven years and has left some 2,000 dead and 1.5 million displaced.

He set up a junta called the Patriotic Movement for Safeguard and Restoration (MPSR) whose priority is "security". A month after the putsch, President Kaboré is still under house arrest in Ouagadougou, despite calls for his release from the international community. 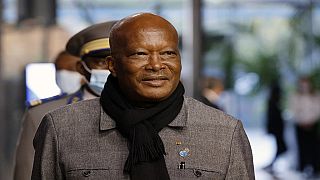 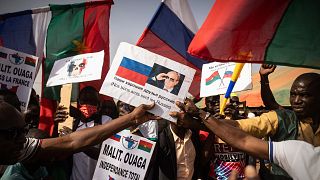 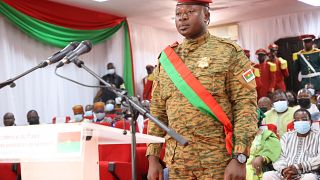