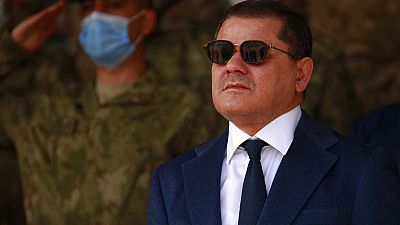 Libya's embattled prime minister has warned that the appointment of a new interim government could trigger war and chaos in a Mediterranean country that has witnessed a decade in turmoil.

Addressing Libyans late Monday, Prime Minister Abdul Hamdi Dbeibah reiterated his plans to hand over power only to an elected government. He lined up out a likely plan to hold elections in June.

Dbeibah called any plan to install an interim government "reckless" and a "farce" that could lead to more wars. He was referring to ongoing efforts by the House of Representatives to confirm a new government chaired by Prime Minister-designate Fathi Bashaga.

"I will not accept by whatever form to hand over (power) to chaos," he said. An election, he said, "is the sole solution."

The east-based parliament earlier this month named Bashaga, a powerful former interior minister from the western city of Misrata, to form a new interim government. Bashagha's appointment was part of a roadmap set elections within the next 14 months.

In his eight-page speech, Dbeibah mentioned "war" or "wars" eight times. He described the parliament's move as "a failed maneuver" that will trigger "war and chaos."

He said he engaged in negotiations with his rivals to avert the current stalemate, but his efforts failed. He accused one rival, commander Khalifa Hifter, of inflaming "political chaos" in the country.

Dbeibah proposed a four-point roadmap to a simultaneous parliamentary vote and a referendum on constitutional amendments late in June, to be followed by a presidential election after the new parliament crafts a permanent constitution.

The presidential vote was originally planned for Dec. 24, but it was postponed over disputes between rival factions on laws governing the elections and controversial presidential hopefuls. Lawmakers have argued that the mandate of Dbeibah's government ended on Dec. 24.

In an attempt to court Libyans tired of war and chaos, Dbeibah appealed for what he called "a true national movement" to push for elections.

Libya couldn't manage to hold elections since its disputed legislative vote in 2014, which caused the county to split for years between rival administrations, each backed by armed militias and foreign governments. 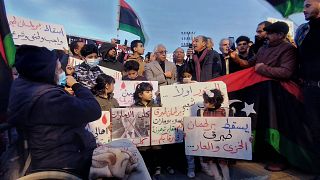