On Thursday, large crowds gathered in Tripoli to mark the 11th anniversary of the Libyan revolution.

It was is in an easy going atmosphere with music that Libyans marked the 11th anniversary of the revolution. Inhabitants in Tripoli gathered in the Martyrs' Square, on Thursday.

Large crowds took part in the celebrations with high hopes and aspirations for their country, more than a decade after the rule of Moamer Kadhafi ended.

"I congratulate the entire Libyan people, people from all cities and villages, on the occasion of the anniversary of February 17, God willing, Libya will be better, greater, more beautiful, and more wonderful, God willing."

"We ask God for a year full of joy and fun, so that people will be live comfortably, and that bonds of brotherhood and honesty will unite our country."

Despite optimism, the revolution anniversary comes when the country wretles with political divisions.

Presidential elections planned for December 24 were indefinitely postponed and a commitee has yet to review the 2017 draft constitution.

Among the challenges awaiting Libya is also the end of leardership quarrels.

Last week, former Interior Minister Fathi Bashagha was appointed to replace Abdul Hamid Dbeibah as head of a new interim government, when he previously said he would only hand over his position once parliamentary and presidential elections are finished. Rival militias have backed the two men.

Bashagha is expected to form his cabinet by the end of February. 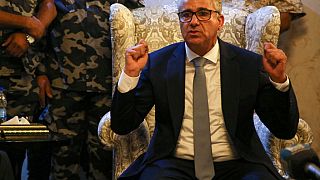 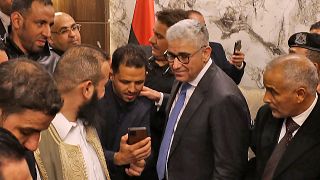