The recent move by France to withdraw its troops from Mali has drawn mixed reactions, especially from Malians.

France had this week said that the withdrawal is a result of a breakdown in relations with the ruling junta, after nearly 10 years of fighting a jihadist insurgency.

"Barkhane has been there for 7 years (9 years, ed.) without any results, on the contrary, we are deploring deaths every day. If this withdrawal will put an end to the war in Mali, so be it," said Zoumana Diakité, a Bamako resident.

"We should think carefully about this. It is all very well for Barkhane to leave, but let us also think about the consequences," said Lassana Traoré, a Bamako resident.

"Without her regalian mission to end the war, what's the point of her still being there? It's good for us that they are leaving, but we need our leaders to be there for the country," said Ousmane Diarra, a Bamako resident. 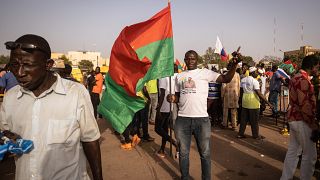