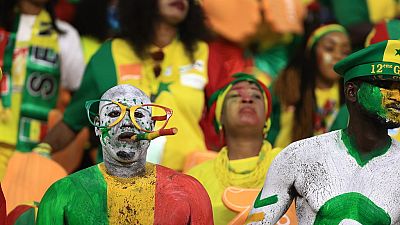 After a month of captivating tournament ( African Cup of Nations) which highlighted some of Africas best talents in football, Senegal emerged the ultimate. However, the month did not end without incidents, some of which will forever be remembered in Africa’s football history. One of such is the eight deaths in the Olembe stadium.

Congestion of spectators and a door opened at the wrong time led to the death of eight people, including a six-year-old child, on the day of Cameroon-Comoros, plunging the 2021 Cup of Nations into mourning and tragically underlining organisational problems, illustrated in less dramatic fashion by the need to move two matches due to the state of the pitch at the Douala Stadium.

After a scare caused by gunfire in Buea (south-west) at the start of the competition, there have been no security problems in this country facing two conflicts, with the Anglophone separatists (west) and the Boko Haram jihadists (north).

"We've seen some really good games," said former Cameroon captain Rigobert Song. The competition was lit up by some really exciting matches, such as Gabon-Morocco (2-2), Comoros-Ghana (3-2), Egypt-Morocco (2-1) and Senegal-Burkina-Faso (3-1), but the Senegal-Egypt final (0-0, 4-2 on penalties) was a sad, stalemated affair, as is all too often the case: it was the fifth time in 11 editions that the final ended 0-0.

AFCON: After qualification, it's celebration time in Cameroon and Burkina Faso https://t.co/9IAW4cOtFT

After two lost finals (2002, 2019), the "Lions of Teranga" are finally African champions. The most consistent team in the last four years, finalists in the previous edition, world champions in 2018, it crowns the work of coach Aliou Cissé, on the bench for nearly seven years, and his flock of stars: goalkeeper Edouard Mendy, defender Kalidou Koulibaly and the best player of the tournament, striker Sadio Mané.

Comoros showed that indeed, there are no minos in football. In their first appearance at this level, Comoros made it through the first round, although their round of 16 matches was marred by the absence of a goalkeeper, one injured and two others affected by Covid-19. The Gambia did even better by reaching the quarter-finals, led by Belgian coach Tom Saintfiet and Bologna striker Musa Barrow.

Equatorial Guinea had already played in two African Cup of Nations tournaments, both of which they hosted (on their own and then with Gabon). They qualified for the first time on the pitch and shone through to the quarter-finals, buoyed by their multi-functional midfielder Iban Salvador Edu, the man with the pink hair, the 'Gattuso of Malabo'.

The goal of the tournament was scored by Malawi's Gabadinho Mhango, a shot from over 40 metres with an incredible trajectory, in the round of 16 against Morocco. It didn't prevent a 2-1 defeat, but it did set the "Atlas Lions" on their way.

Cameroon's captain, Vincent Aboubakar, will not be consoled by his title of top scorer. With eight goals, he equals Laurent Pokou of Côte d'Ivoire (1970) and is just one behind the record of Pierre Ndaye Mulamba of Zaire (now the Democratic Republic of Congo) (nine goals in 1974).

The fiasco of the 'favourites

Algeria, the defending champions and favourites to win the tournament, finished bottom of their group with just one goal, once they were 3-0 down to Côte d'Ivoire.

Ghana, who are regulars in the last four, also exited the competition in the first round after captain Andre Ayew was shown a red card.

The breakthrough of "local" coaches

Aliou Cisse, the king of Africa, but also Kamou Malo of Burkina Faso, fourth with his Stallions, and Mohamed Magassouba with Mali, have highlighted the work of "local" coaches. There were 16 out of 24 coaches at the CAN, a record.

African football will not sleep for long. All the play-offs for the World Cup in 2022 were there, except for the DRC, who will face Morocco. The game is still Senegal-Egypt, a rematch of the final, a new Sadio Mané-Mohamed Salah duel.

Algeria must recover from their failure to win "their" CAN against the injured Lions of Cameroon. Ghana must also mobilise for their duel against Nigeria, who were brilliant in the first round (three wins) and then eliminated in the round of 16 by Tunisia (1-0), against whom the "Eagles of Mali" will try to reach the world level for the first time. 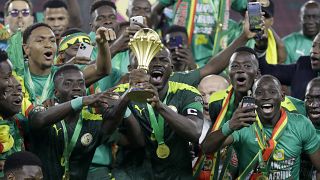