On Sunday, the town of Mananjary (east coast of Madagascar) was heavily affected by tropical cyclone Batsirai, which hit the island with gusts of up to 235 km/h. Many homes were destroyed and flooded. Residents now implore the state to help them.

Destruction sceneries, is what Cyclone Batsirai left behind as heavy rain and howling winds hit Madagascar. On Sunday, more than 20,000 people had been counted as displaced and six had died.

Coastal area residents, like Manajary district inhabitant Amanda, now try to survive: "We are in great difficulty. The people of Mananjary need help not temporary help like food that you spend in one day. We need things that we can use in the long term, a shelter, corrugated iron for the houses."

On Saturday, Batsirai made landfall in Mananjary district, which is located southeast of the capital Antananarivo.

It reached the island with packing winds of 165 kilometres per hour. The national disaster management agency has already put in place rescue plans and it possesses accommodation sites, food and medical care ready for the victims.

Cyclone Batsirai weakened overnight but floods were still expected due to heavy rain after it hit eastern Madagascar. 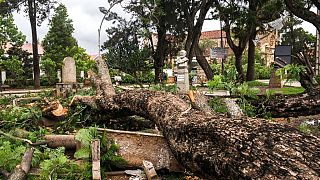 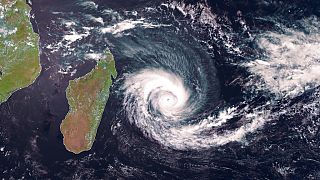 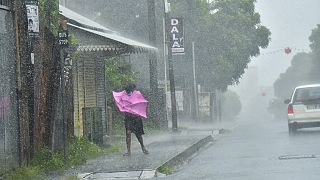