Africa presents a pool of economic opportunities in virtually every sector, and the continent’s youthful population structure is an enormous opportunity in this digital era, hence the need for Africa to make digitally-enabled socio-economic development a high priority.

Whiles several governments in Africa brawl to achieve this, the Global Business School Network argues that the continent does not yet have the tech talents to enable this transformation.

However, Africa has in recent years witnessed the emergence of young talents who have gained global recognition with their innovations. One of such talents is Danny Manu who is setting trends in the world of communication.

The Ghanaian-British digital entrepreneur has gone global with the introduction of what is described as the world’s first completely wireless headphones with live voice translations in 40 different languages.

After successfully delivering on his first true wireless translation earbuds, Mymanu CLIK, the 33-year-old keeps setting new standards in the world of mobile communication, now with the introduction of the Titan earbuds.

The earbuds, equipped with an eSIM, makes it possible to make and receive 4G calls and text messages independently of the smartphone, even if it is hundreds of miles away.

This innovation has come in handy particularly for the visually impaired community as they could easily get in touch with their loved ones just by the power of the voice without using their mobile phone.

“…it touches my heart that I have been able to invent something that is solving even a bigger challenge than I wasn’t even aware of. “ Danny Manu, CEO and founder of Mymanu said.

However, this did not come easy, he had to crash, break, and stretch before achieving this success.

Having tried for three years before eventually being able to come out with his first innovation, Danny shared some insight on how to get the needed support, “ the only way they will be given you their money in advance is that they want to know you are super passionate about what you are building and they believe in it… I had to, first of all, invest so many years and money into it building this, so it was easy to get support at the end stage.”

He would not state exactly how much he invested into establishing the brand but disclosed he had to fund the entire company solely by himself with savings from his former job as an engineer.

Danny admitted to having gone through some challenges in the process of raising money due to his race but did not allow that to stop him from achieving his dreams. “When I was trying to raise money, that was a key factor, it’s not directly, but you can tell, I have seen it a couple of times, but I don’t allow that to affect me…”

This reflects one of the many challenges black start-ups in the United Kingdom encounter in the process of obtaining cash or venture funding. However, “ when you create something innovative, and you are solving a problem, you get support from the people.” Danny added.

Danny managed to raise more than 500 000 dollars through crowdsourcing platforms and currently has 32 employees.

The Mymanu brand has gained a lot of popularity across the US, Europe and Asia which are the company’s major markets. Danny added, there are plans to add African languages to the languages programmed for live translation on the earbuds.

With his achievement, Danny seems to be winning the heart of many, as one of Africa’s most admired young digital entrepreneurs, receiving countless emails from young aspiring entrepreneurs, engineers and developers from Africa seeking direction on how they could also let their ideas come to light.

“The simple advice I normally share with them is to understand what they are building and the problem they are trying to solve, once you can establish that, you need discipline, I have seen people in Europe who have had all the support, but they still failed so the mindset is the key.”

He called for young entrepreneurs to collaborate and seek the advice of inspirational leaders, which he admitted to being lacking in Africa.

Titan’s eSIM powered technology is also setting new standards for network reliability and security. The earbuds use their cellular data powered by the eSIM within, so users don’t need to connect to untrusted public wifi or worry about finding a secure connection. 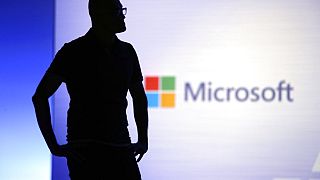