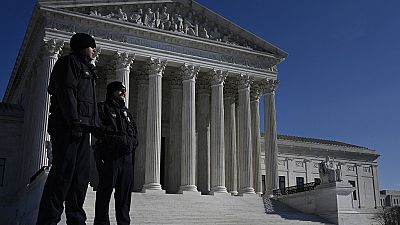 The United States Supreme Court will have a new justice by the end of the summer. President Biden has reaffirmed his pledge to nominate the first Black woman to the country's highest court.

In a letter released on Thursday, Democratic jurist Stephen Breyer has announced he will retire from the United States Supreme Court at the end of his term. To succeed him, President Biden has pledged to nominate a Black woman to the country’s highest court. A decision met with mixed reactions in a divided society.

Judith Browne Dianis, Executive Director at Advancement Project, multi-racial civil rights organization, comments: "We're already seeing it in the news where people are, and on Twitter and social media, people are saying 'why a Black woman? Isn't that racist?' What is racist is that for 233 years a Black woman has not been on the Supreme Court and that it is long overdue. So having a Black woman on the Supreme Court is exciting, the idea of it, because finally, we will not only have someone who will bring the experience of being Black in America, but someone who has lived at the intersections of race and gender. And hopefully will be a person who understands how race and gender have played in the law. And I'm looking forward to hearing the questions of a Black woman who sits on the Supreme Court in cases like abortion cases, reproductive rights and especially the issues that are before the Supreme Court right now have are very important to Black women."

According to the analyst, the current nomination is "an opportunity for the legal profession to have more discussions about the term 'qualified.'" Dianis said the qualifications that have been used in the past are "based on a career pathway that has been reserved for white men traditionally and some white women."

One seat but many contenders

Ever since Biden suggested he would choose a Black woman if he had the chance, two names have seemingly topped any list of potential nominees:

Ketanji Brown Jackson, 51. She attended Harvard as an undergraduate and for law school. President Barack Obama nominated her to be a district court judge, and Biden elevated her to the U.S. Court of Appeals for the District of Columbia Circuit. Early in her career, she was also a law clerk for Breyer.

Leondra Kruger, 45, a justice on the California Supreme Court. A graduate of Harvard and Yale's law school, she served as a law clerk on the high court before arguing a dozen cases before the court as a lawyer for the federal government. But Kruger, whose mother is Jamaican, has also been described as a moderate, which could be a tough sell for some liberal Democratic senators.

J. Michelle Childs, who has been nominated but not yet confirmed to serve on the U.S. Court of Appeals for the District of Columbia Circuit, is another option. Childs, currently a federal trial court judge in South Carolina, is a favorite of Clyburn, who made a crucial endorsement of Biden just before that state's presidential primary.

Despite the nomination of a Blue justice, the Supreme Court will still have a majority of Conservative justices.

The moves comes as President Biden's approval rates continue to dwindle among Black voters. 60% of Black adults approve of Biden’s job performance, down from 67% last September. 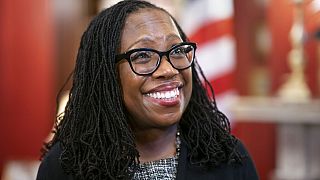 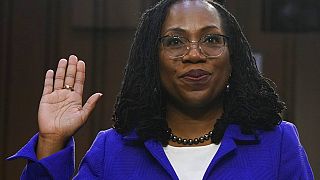