The 2021 Champions League winner, flanked by his mother and brothers at a Freetown hotel near the presidential palace, pledged $40,000 to the foundation.

He also auctioned off his signed Chelsea shirt, which was sold to a fan for $2,000, in front of an invitation-only crowd of government officials and diplomats who were joined by members of a local Chelsea fan club.

"This foundation means a lot to me, but I don't want it to be a one-man show, I want everyone to admire it, especially the younger generation," he said.

Antonio Rüdiger was born in Germany in 1993 to a Sierra Leonean mother who fled the civil war in her country. The player has a strong attachment to the West African country, which has been plagued by civil war and the Ebola virus in its recent history.

I'm speechless - these people are crazy ? Thank you from the bottom of my heart for this overwhelming welcome, Sierra Leone ?? God bless you all ????? ?? #Hustle #AlwaysBelieve pic.twitter.com/SykiLL5GlI

Antonio Rüdiger took advantage of a break in his club's demanding schedule to fly to Sierra Leone on Monday on a private jet. He was given a hero's welcome at the airport by fans, one of whom tried to climb on his back.

"I'm speechless. These people are crazy," he jokingly tweeted. During the week, he went to see the Sierra Leone Amputee Football Club play, a local football club made up of players who have undergone amputations.

"I don't consider myself a superstar, my parents always told me to be humble, that's why I'm here today," he said. "I want to have that connection with people, so they don't just see me as a footballer or a superstar. 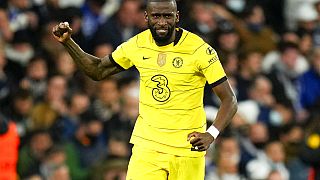 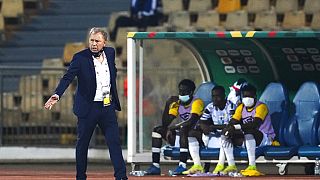