The leader of Burkina Faso's new military junta called for international support in his first major public intervention Thursday on the eve of a regional summit that could seek to sanction Ouagadougou.

"I call on the international community to support our country so it can exit this crisis as soon as possible."

Heads of the Economic Community of West African States (ECOWAS) are to confer on Friday over how to respond to Monday's military coup.

Damiba, 41, is a rising star in the military who commands an eastern region that has been badly hit by jihadists.

On Wednesday, he met ministers of Kabore's government, which like the parliament has been dissolved.

The junta has also suspended the constitution, vowing to re-establish "constitutional order" within a "reasonable time".

"I will listen to all women and men," he said.

"I have begun consultations with certain components of the nation, including the personalities of the outgoing regime, in order to identify the main lines that will lead us, in the long term, to consensual and inclusive decisions for the refoundation and restoration of lasting peace."

Since taking over, the junta has spent the last few days trying to shore up support from religious and community leaders, security forces and unions.

During the twelve minutes speech, he explained the country was facing an unprecedented crisis and the junta's priority would be to restore security by renewing the will to fight among its soldiers and by listening to people to form a path forward.

Ministers not to leave

Damiba asked ministers not to leave the country without authorisation, and also said he hoped to include all the country in the management of the transitional period, political sources told AFP.

The coup is the latest bout of turmoil to strike Burkina Faso, a landlocked and poor state that has suffered chronic instability since gaining independence from France in 1960.

On Tuesday, ECOWAS issued a statement to say the bloc "firmly condemns" the coup, accusing the military of forcing Kabore to resign "under threat, intimidation and pressure".

Burkina Faso joins two other ECOWAS countries -- Mali and Guinea -- where there have been coups in the past 18 months.

Those two countries have been suspended by the 15-nation bloc, which has also imposed an array of sanctions on them, including measures against individuals.

Clement Sawadogo, deputy head of Kabore's People's Movement for Progress (MPP) party, said "the junta has to do its utmost to prevent international sanctions on Burkina Faso."

He called for a "wise solution, to prevent an ongoing security crisis... from intertwining with a socio-economic crisis". 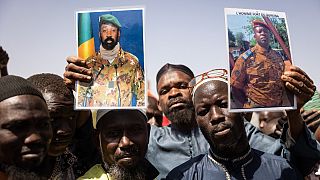 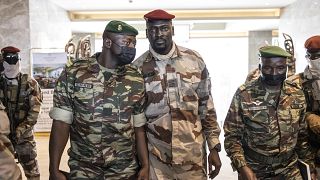