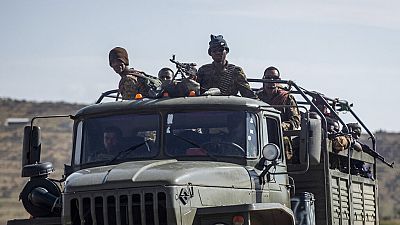 The report also cites an accumulation of more than 5,000 blockade-related deaths from hunger and disease in the largest official death toll yet associated with the country's war.

"Deaths are alarmingly increasing," including from easily preventable diseases like rabies as medicines run out or expire, the head of Tigray's health bureau, Hagos Godefay, told The Associated Press.

His report on the findings, published Wednesday by the independent Ethiopia Insight, says 5,421 deaths were confirmed in Tigray between July and October in an assessment by his bureau and some international aid groups. It was the first such assessment since the war between Tigray and Ethiopian forces began in November 2020, he said.

The deaths were devastatingly caused by malnutrition, infectious disease and noncommunicable diseases as the health bureau and partners sought to gauge the effects on Tigray's population of its health system being largely destroyed by combatants.

The mortality assessment covered just roughly 40% of Tigray, he said, since occupation of some areas by combatants and the lack of fuel caused by the blockade has limited data-gathering and aid delivery.

"Since the magnitude of the destruction and health crisis in the inaccessible areas is undoubtedly high, the survey is bound to underreport the real extent of the crisis," Hagos wrote.

The AP last year confirmed the first starvation deaths under the blockade along with the government's ban on humanitarian workers bringing medicines. even personal ones, into Tigray,

Hagos told the AP that without medical supplies or vaccines, easily preventable disease like measles were emerging in Tigray and COVID-19 has begun to spread. HIV patients "are coming all the time to my office to ask if drugs are coming or not. But my hands are tied," he said. Earlier this month, the United Nations said Ethiopia's government had released over 850,000 measles vaccines to Tigray,

Ethiopia's government cut off almost all access to food aid, medical supplies, cash and fuel in June last year when the Tigray forces regained control of the region. Since then, the United Nations has repeatedly warned that less than 15% of the needed supplies have been entering Tigray under what it called a de facto humanitarian blockade. 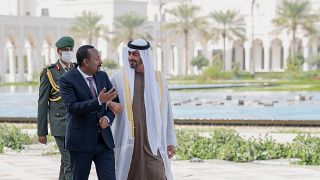