What if a joint venture was the answer to the revival of the African airline sector?

Major African firms have invested in Africa in order to revive the aviation sector. This is the case of Ethiopian Airlines which owns shares in Chadia Airways and Mozambique Airlines. More recently, a South African company signed a $25 million memorandum with the main objective of restoring Ecair, the national airline of the Republic of Congo.

Mali is caught in the middle of economic and diplomatic sanctions decreed by ECOWAS, which are having a major impact on its economy. According to experts, with the its assets frozen at the Central Bank of West African States, the country is facing a financial crisis. In Bamako, in the markets, prices have soared and the price of fuel has not been spared, Issiaka Tamboura reports from the scene.

- Mauritius: an oil dream at what price? -

Two years from now, the exploration of the exclusive economic zone of Mauritius will enter its operational phase, the law giving access to these operations has been adopted by the Parliament. The archipelago sees this oil adventure as a second option to the dependence of its economy on tourism. Mauritius depends on tourism for 24% of its GDP. However, environmental activists are strongly opposed to this, as they consider the exploitation of oil deposits to be a threat to life 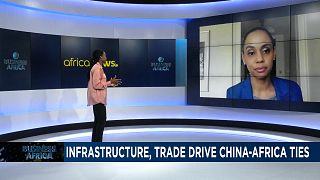