The authorities in Guinea-Conakry have allowed former president Alpha Condé to leave the country to seek medical help.

The condition is that the former president cannot stay away for more than one month unless advised otherwise by the medical professionals.

The announcement came in response to a request sent by ECOWAS to the new leader of the country, colonel Mamadi Doumbouya, on the 23rd of December.

The news of Alpha Condé imminent release were greeted by the former president's supporters.

Alpha Condé came to power in December 2010 and was re-elected in 2015 before seeking a third term that led to a coup and his removal from power in September 2021. 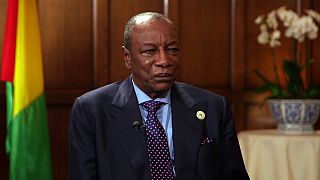