As the funeral of the South African’s anti apartheid icon approaches, the Tutu family reunites.

It is in their family home located in the Milnerton suburb of Cape Town that the children and the widow of Desmond Tutu are welcoming relatives ahead of the funeral of the clergyman.

On Tuesday, Nontombi Tutu, one of Tutu's four children expressed the emotion of the family: "There has been such an outpouring of love, and support, and prayers that we don't have enough mouths. Mummy (Leah Tutu) is maintaining. Her best friends flew in from Johannesburg yesterday to be with her and to stay with her through this whole week."

The 1984 Nobel Peace Prize winner, who celebrated his 90th birthday on October 7 with a rare public appearance, leaves a rich legacy.

South Africans continue to pay their respects at the St George's cathedral of Cape Town where Tutu will be interred.

President Ramaphosa designated the late leader’s funeral that will take place on New Year's day as a Special Official Funeral. 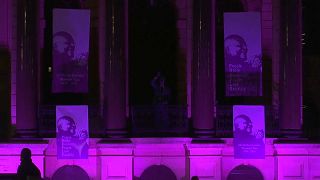 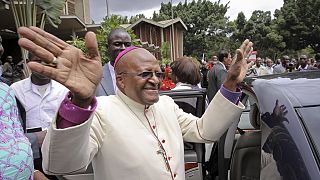