Ethiopia’s government has announced that its forces will not advance deeper into the Tigray region.

Ethiopian forces have been ordered to maintain the areas they have won back from the Tigray People's Liberation Force, but not to go further into the Tigray region, the Government Communication Service head, Legesse Tulu, said Thursday.

The Ethiopian federal army and its allies have made strong advances in recent weeks, recapturing major towns and cities in the neighboring Amhara and Afar regions that Tigray fighters had seized earlier this year. The Tigray forces have been forced to retreat back to their home region.

“The first phase operation to expel the terrorist group from the areas it invaded has ended with victory. At this moment the enemy’s desire and ability (to engage in war) is severely destroyed," said Legesse.

"The government will take further steps to make sure that (the Tigray forces) desire won’t arise again in the future. For now, Ethiopian forces are ordered to maintain the areas it has controlled,” he said.

The government of Prime Minister Abiy Ahmed's announcement that its soldiers will not pursue the Tigray forces into their home region could be an opening that encourages a cease-fire and negotiations to resolve the conflict.

Earlier this week the leader of the Tigray forces said its fighters have been ordered to withdraw back to Tigray.

He also proposed the establishment of a no-fly zone over Tigray to prevent air attacks over the region and the imposition of an international arms embargo on Ethiopia and Eritrea.

Tens of thousands of people have been killed in the Tigray conflict that erupted in November 2020 between Ethiopian forces and fighters from the country’s Tigray region, who dominated the national government before Abiy became prime minister in 2018.

As a result of a months-long government blockade, some of Tigray’s 6 million people have begun starving to death, according to aid groups. Thousands of ethnic Tigrayans have been detained or forcibly expelled in an atmosphere stoked by virulent speeches against Tigrayans by some senior Ethiopian officials. Alarmed human rights groups have warned some of the anti-Tigrayan rhetoric is hate speech.

Last month, the Ethiopian government declared a state of emergency as Tigray fighters moved closer to the capital, Addis Ababa, and carried out a number of abuses against ethnic Amhara, according to accounts by local residents. The Tigray forces say they are fighting to lift the blockade on their people.

The Ethiopian government’s military appears to have been strengthened by aerial drones purchased from China, Turkey and the United Arab Emirates, said William Davison of the International Crisis Group.

“Tigray forces appear to be in a weakened position after giving up all the areas they controlled,” he said. 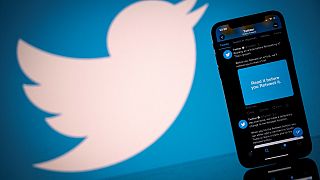 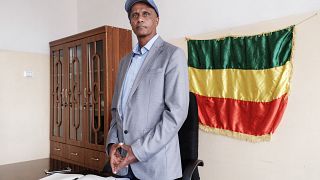 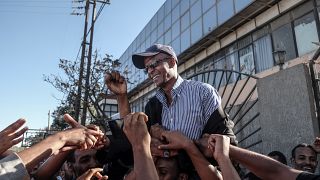