Nigeria's state oil company has recorded a $346 million trading surplus in June after recovering from a $88 million deficit the previous month, the company said on Sunday.

President Muhammadu Buhari said in August NNPC had made a profit for the first time in its 44-year history, generating an income of $698 million post taxation in 2020.

NNPC's report said in June 47 pipeline points were vandalized compared to 64 in May, with the Port Harcourt area and Mosimi accounting for 94% of the vandalism.

Similarly, the expenditure for the month decreased by 29.32%.

The report also stated that a total of 1.63 billion litres of Premium Motor Spirit otherwise known as petrol, which translates to 54.5 million litres per day, were supplied in June 2021, in order to ensure continuous supply and effective distribution of the product. 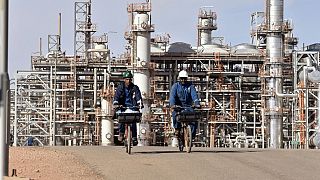